Although the Galaxy A7 (2017) was only unveiled back in January this year, but its successor has already been allegedly being spotted on GFXBench with the model number SM-A730x. 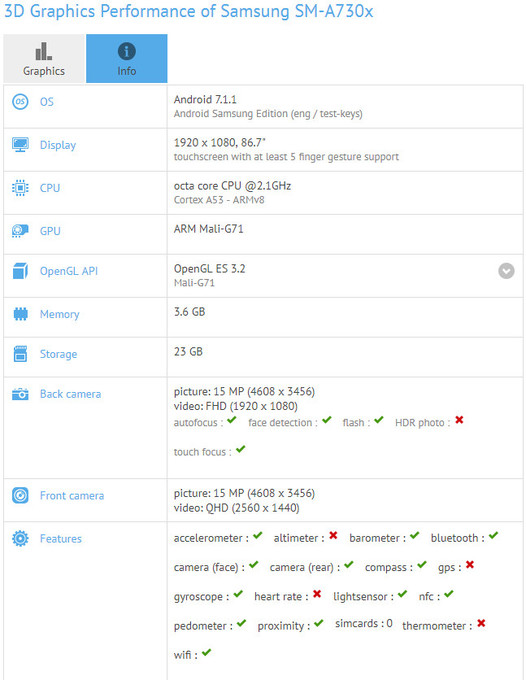 Not much details were revealed from the listing but it do shed some light on some of its key specs. According to the listing, the Samsung Galaxy A7 (2017) will have powered by a 2.21GHz octa-core SoC along with 4GB of RAM and 32GB internal storage space under its memory compartment. This of course, is already a slight improvement over the current version which only has 3GB of RAM.

Other than that, the device will also be coming with a 16 megapixel main snapper which is paired with a 16 megapixel front-facing camera for selfies. Even though the lisiting doesn’t reveal its screen size, but it do affirms that the Galaxy A7 (2017) will have a full-HD display. Its also good to know that the device being tested runs on the Android 7.1.1 out of the box, but we’re pretty confident that the device will runs on the latest Android O when its eventually released.