Sharp has officially confirmed that it will be debuting the Sharp Aquos S3 smartphone in Taipei, Taiwan on Jan. 16. The launch event will begin at 2PM local time. The handset has recently certification from NCC in Taiwan and also from TENAA in China. 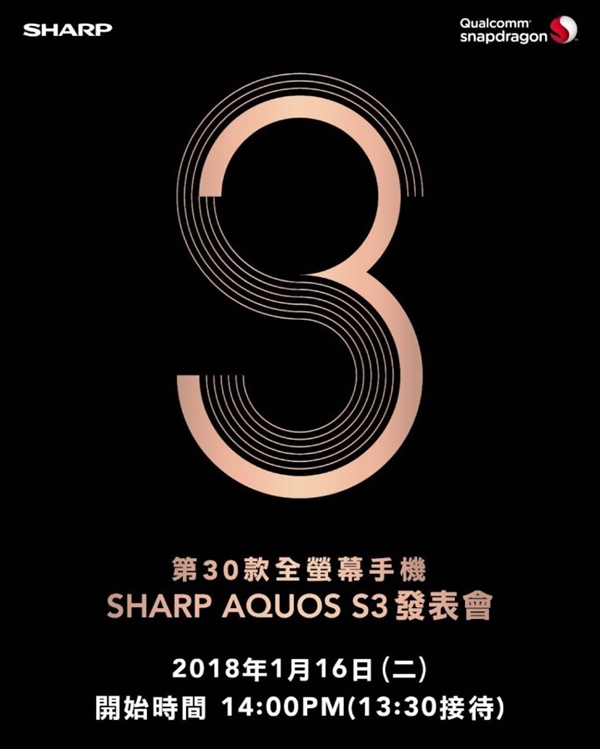 It is expected to come in RAM variants of 4 GB and 6 GB and storage models of 64 GB and 128 GB. Like the predecessor model, it may arrive in Snapdragon 630 and Snapdragon 660 chipset models. It will be featuring a dual camera setup that will include a 12-megapixel sensor and a 13-megapixel sensor. For selfies, it will be equipped with a 16-megapixel snapper. It will be housing a 3,100mAh battery. The back panel of the Aquos S3 is equipped with a fingerprint scanner.

Meizu to Debut its First Full Screen Phone on January 4; It Could be the Meizu M6S