By now, most of us should have heard from reports that Sony is slated to unveil a couple of new handsets during the upcoming IFA event held in September. These devices of course include the long rumored Sony Xperia XZ1 as well as the Xperia XZ1 compact. From what we’d learned so far, these two devices is expected to carry the model number G8341 and G8441. 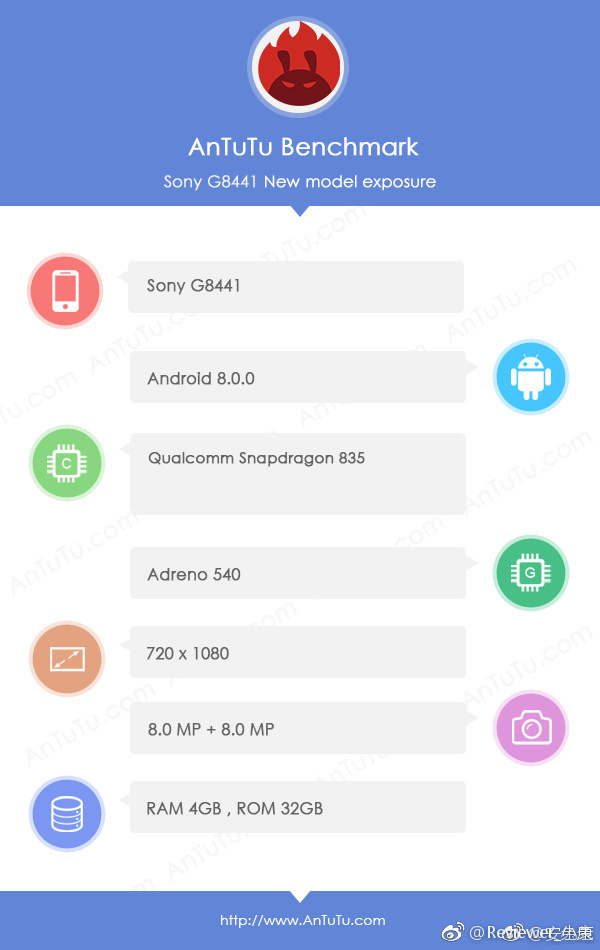 Earlier today, we reported that the duo were spotted on a Polish retailer site which revealed their pricing as well as color variants. Right now, the device with model number G8441 had also been benchmarked by AnTuTu as well. According to the benchmark database, the G8441 will be powered with a Snapdragon 835 SoC along with 4GB of RAM and 32GB internal storage space under its memory compartment. Camera-wise, we can expect to see a 8 megapixel main snapper as well as a 8 megapixel front-facing camera for selfies. It’s also good to know that the device will come with a HD display panel.

Since the listing shows that the G8441 is running on the latest Android 8.0 onboard, the Xperia XZ1 and Xperia XZ1 Compact could in fact be one of the first few devices to run on Android Oreo out of the box