A new mysterious Asus Z01R smartphone had been spotted on AnTuTu benchmark app earlier today, revealing some of the device’s key specs. Keeping in mind that the Asus Zenfone 5 and Zenfone 5 Lite are expected to make their debut during the upcoming MWC 2018 later this month, there may be a slight possibility that this mysterious unit could be one of the aforementioned smartphone. 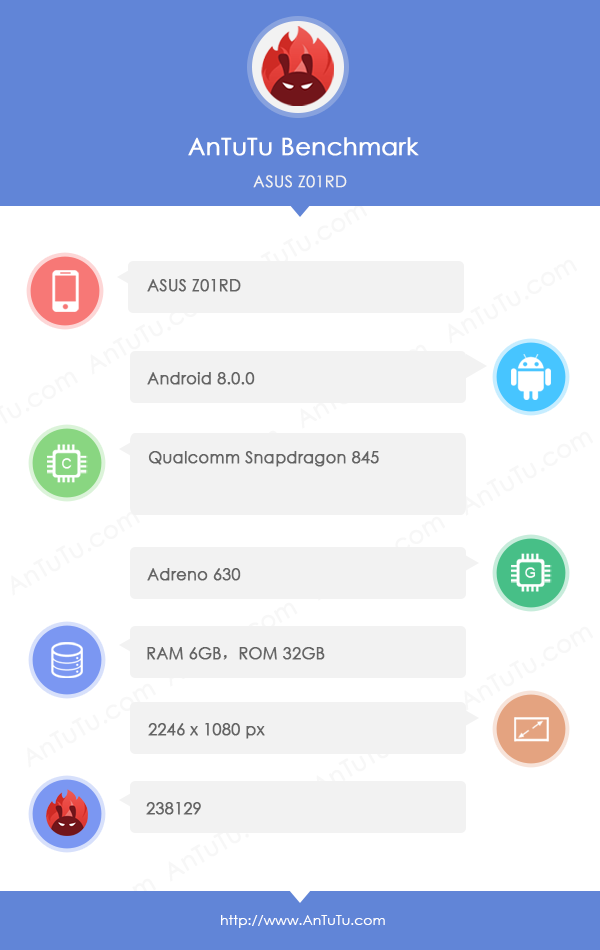 According to AnTuTu, the upcoming Asus Z01R will be coming with a 2246 x 1080 pixels screen resolution on its front panel. The device is powered by a Snapdragon 845 SoC alongside 6GB of RAM and 32GB internal storage space under its memory compartment. Software-wise, the Asus Z01R runs on the latest Android 8.0 Oreo out of the box. Sad to say, other key specs including its camera and battery capacity will remain as a mystery for the time being.

Right now, there is still little details on the identity of this handset but hopefully we’ll get to hear more about it as we get closer to the MWC 2018 event.

LG Judy Flagship Phone to Debut in June This Year; May Not Come with LG G7 Moniker