The world’s largest Futbol Mundial, The World Cup, will commence in a few weeks and one of the official partners of the World Cup is Chinese manufacturing giant vivo. In March this year, the company released one of its best selling devices, vivo X21 and now, it has unveiled an awesome World Cup customized version. This customized version of the vivo X21 comes in blue and red colour ad it is officially called XF FIFA World Cup X21. 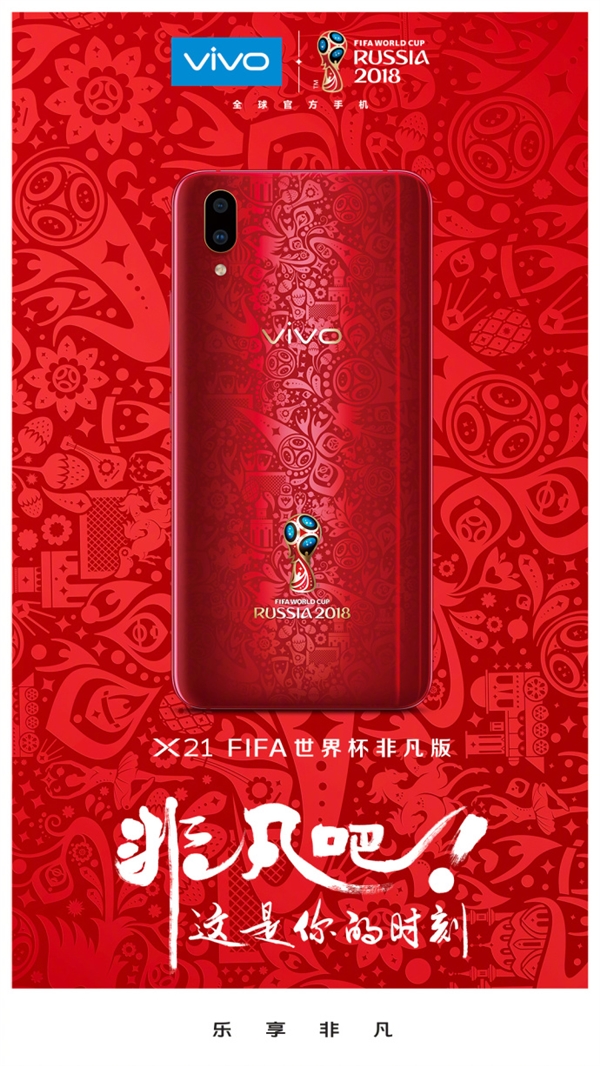 The rear design of this smartphone is quite elegant and premium, The manufacturer designed it to look just like the official World Cup theme using a time-consuming special effect processing. Apart from vivo branding on the central portion of the rear of this smartphone, the lower rear region will also sport a special FIFA World Cup Russia 2018 logo as well. Taking our eyes off the design, the rest of this smartphone is essentially the same as the regular variant. 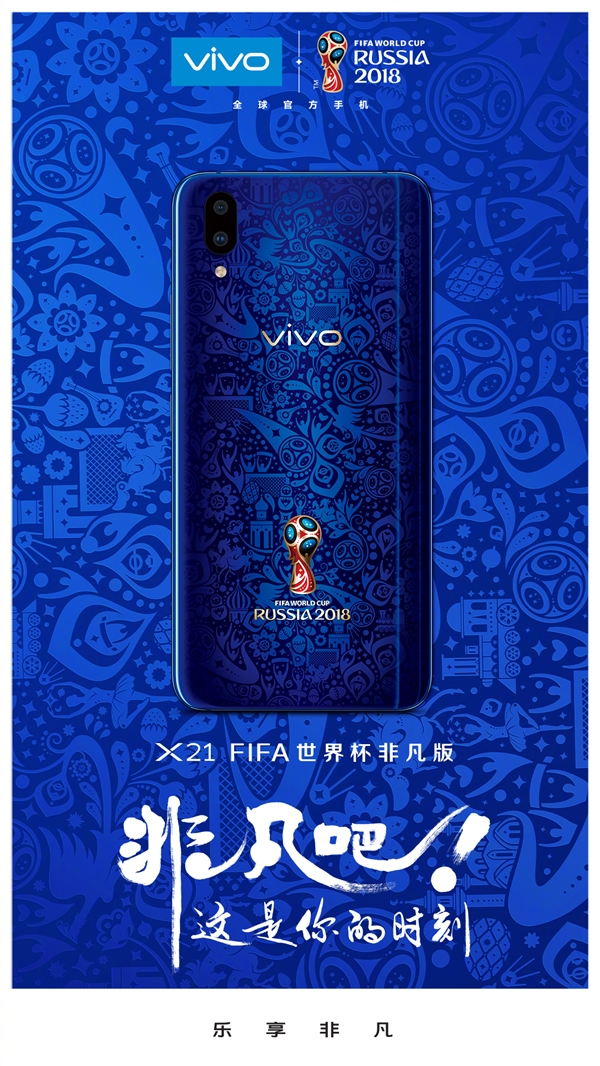 Worthy of note is that this is the first smartphone to come with an on-screen fingerprint sensor. It is powered by Qualcomm mid-range king, Snapdragon 660 coupled with 6GB of RAM and 128GB of internal memory. This is a super large screen smartphone which boasts of a huge 6.28 inches display and it offers a 90.3% screen-to-body ratio with a display resolution of 2280 × 1080. The cameras are quite average as it comes with a 12MP+5MP dual rear cameras supported by another 12MP selfie shooter. However, its 3200 mAh is just sufficient as it runs on Android 8.1 which is known for power conservation.