Last week, we just saw the official unveiling of the highly anticipated Vivo X20 Plus UD variant which made Vivo the first in the world to introduce a smartphone with an in-display fingerprint sensor. 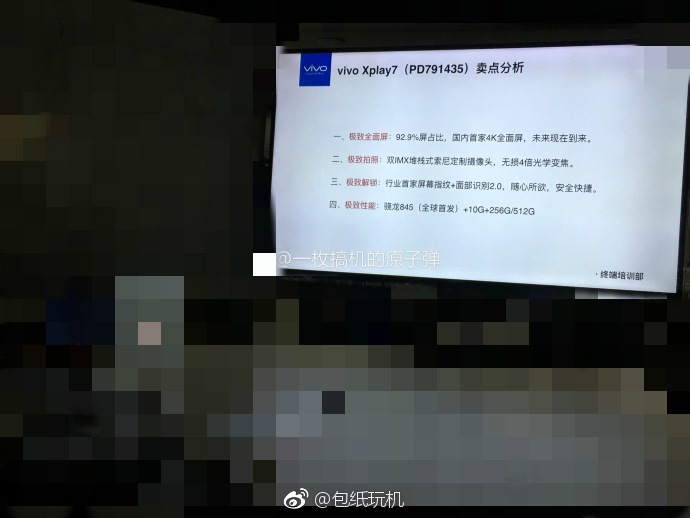 Right now, a fresh leak out of China has suggested that the company may be preparing yet another breakthrough later this month with their upcoming Vivo Xplay 7 high-end powerhouse. This time round, the Xplay 7 is rumored to push the company to become the first mobile maker to introduce a Snapdrgon 845-powered smartphone with a hefty 10GB worth of RAM under the hood.

Other than that, the leaked powerpoint slide also claimed that the device will have a 92.9% screen-to-body ratio with 4K display resolution. Camera-wise, the Xplay 7 will have a dual-camera setup comprising of Sony’s IMX sensors. On top of that, you can expect the device to come with an advanced face-recognition technology as well as their renowned in-display fingerprint sensor. 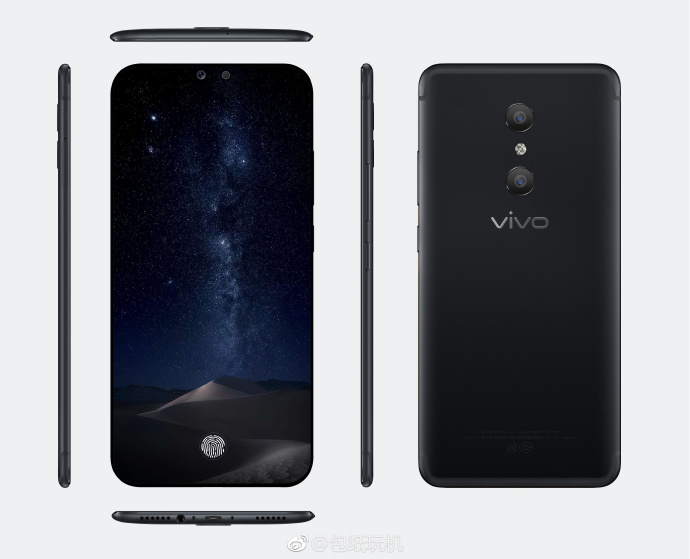 On a side note, another official-look render of the Vivo Xplay 7 had been leaked out as well – showing off a similar looking design as the ones which had been leaked last year. However, if you take a close look at the render, you may realize that the arrangement of the LED flash has been relocated to the center of the dual-camera setup instead of having it affixed below the camera compartment which we’d saw earlier on.

While we certainly believe that Vivo will have the technical prowess to develop such a handset, but its quite unlikely to be shipped with 10GB RAM onboard since a 64-bit Snapdragon SoC could possibly support only up to 8GB of RAM. Whatever it is, let’s just take this with a pinch of salt until more information emerges.