Xiaomi is expected to unveil the Mi 6 flagship phone today at 2 PM in China. The predecessor phone, the Xiaomi Mi 5 was launched at Mobile World Congress (MWC) 2016 with a starting price of 1,999 Yuan ($290). Will the Mi 6 be available with the same starting price? 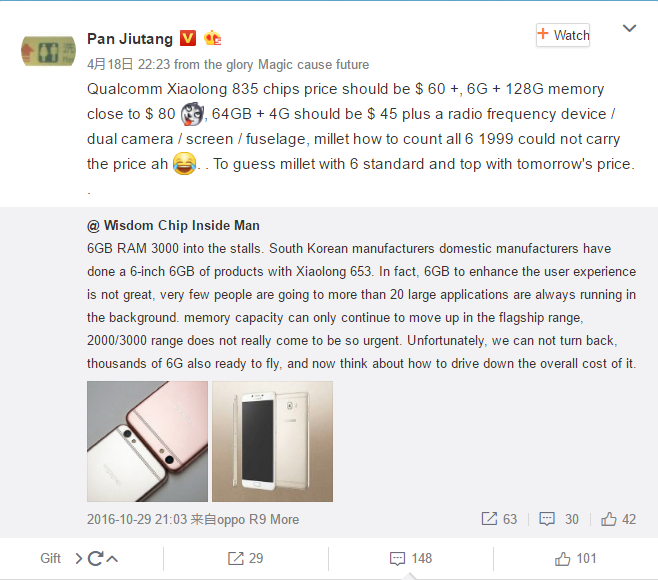 According to well-known analyst, Pan Jiutang, the inclusion of Snapdragon 835 in the Xiaomi Mi 6 could result in increase of over $60 in its price. This indicates that the Mi 6 variant with 6 GB RAM + 128 GB storage could carry an additional pricing of more than $80 and the 4 GB RAM + 64 GB storage variant could be carrying an extra cost of more than $45. 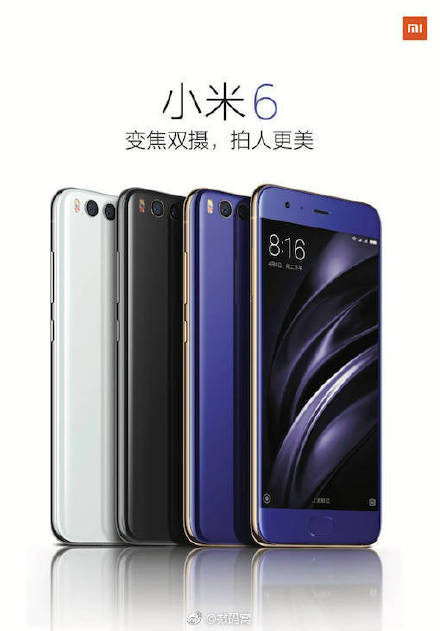 Considering the cost of other components such as the chassis, radio frequency components, dual camera setup and screen, the Mi 6 may not be available with a starting price of 1,999 Yuan ($290). It is likely that the phone could selling with a beginning price of 2,299 Yuan. The rumor mill has also revealed a leaked render of the phone which shows that the Mi 6 would be coming in color choices like White, Black and Blue.

Gionee M6S Plus Confirmed to Launch on April 24