Xiaomi has confirmed that the Mi Band 3 fitness tracker will be launching on May 31 through the company’s annual product launch event. A screenshot of the official listing of the Mi Band 3 has appeared today. It reveals that the smartband was official listed with a price tag of 169 Yuan ($26). The listing seems to be taken down as it is longer accessible. 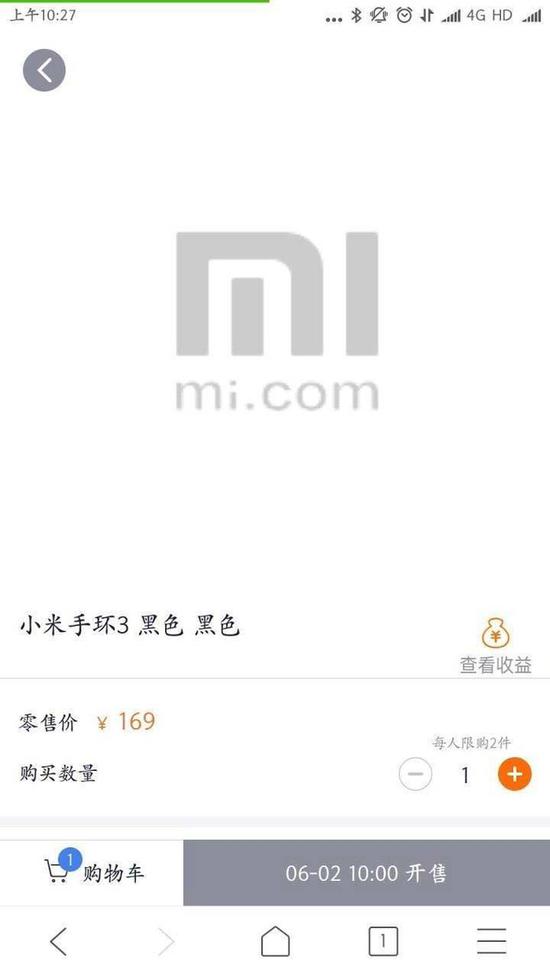 The Xiaomi Mi Band 3 is rumored to arrive with a couple of improvements even though its design will be quite similar to the predecessor model. The Mi Band 3 is speculated to feature a touch-sensitive OLED display panel. With support for gestures, users will be able to switch functions by swiping up or down and access different items on the fitness band by swiping left or right.

The Mi Band 2 did not feature NFC support, but the successor model is expected to carry support for it. Also, Bluetooth certification of Mi Band 2 has revealed that it is enabled with Bluetooth 4.2. It will be packed with the usual health-related features such as heart rate monitor, sleep tracker, calorie counter and step calculator.

The Mi Band 3 will be unleashed alongside other products like Xiaomi Mi 8, Mi 8 SE and MIUI 10 at the upcoming launch event in Shenzhen, China.