Last week, the highly anticipated Xiaomi Mi Mix 2 went on its flash sale which was concluded in less than 58 seconds after all the available units had been snapped away. Good news however is that the Chinese company had confirmed that they will be holding another round of flash sale on September 21st later this week so those who’d failed to grab one for themselves last week can put their luck to test again. 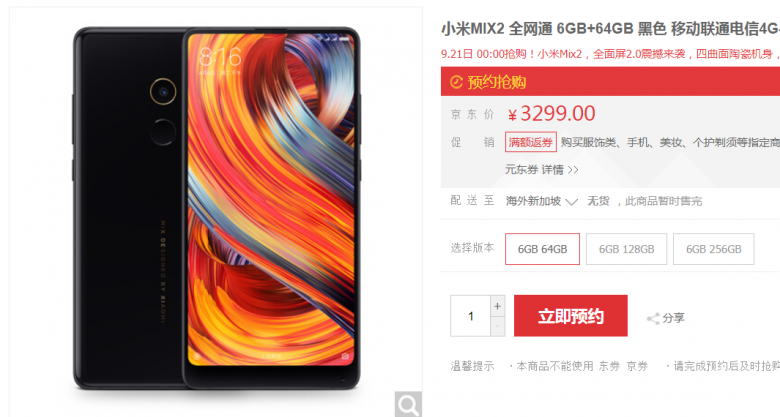 In case you do not know, the Xiaomi Mi Mix 2 also has another special edition ceramic model with 8GB+128GB memory configuration which was not available for purchase in the upcoming flash sale. Global availability of the device has yet to be disclosed, although the company had hinted that it will be heading to India really soon.