With the Mi 5s recently taken off the list of Xiaomi’s upcoming devices, we surely expect the Mi Note 2 to be the next in line to be unveiled by the Chinese smartphone giant.

Today, we’re finally able to catch a glimpse of the device’s fan-made render based on previous rumors, which gives us a rough idea of what to expect from this upcoming phablet. No doubt, the Mi Note 2 will be up against the highly anticipated Huawei Mate 9 slated to be announced on November 4th. Akin to the Mate 9, the Mi Note 2 is purported to come in a variety of color option as well. 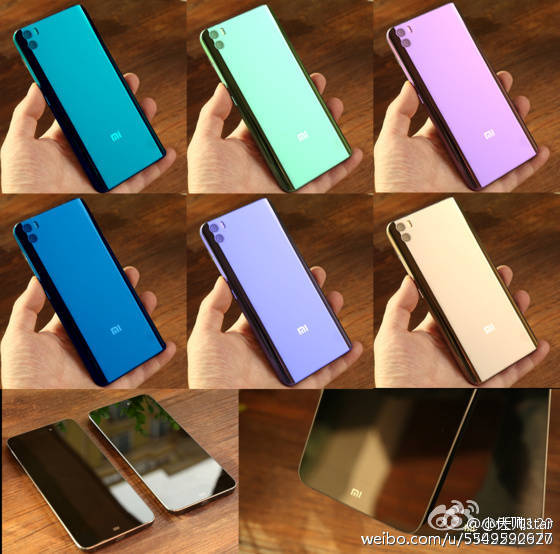 While these renders are not official, but it do give us some heads up that the device will definitely looks more exclusive in therms of design, as compared to the current Mi 5S which has been a rather disappointing affair to the Xiaomi fans in China as they complained a lack of creativity from the Chinese manufacturers.

As seen in the render, the Mi Note 2 will no longer have a fingerprint sensor at the back and will now be featured at the front probably underneath the mi logo. This approach will give a neater outlook for the device’s rear chasis. Similar to the Mi 5S, we do not expect the Mi Note 2 to be coming with a dual-curved screen this year.

If you’re interested, you can check out the Mi Note 2 previous leaked images here.