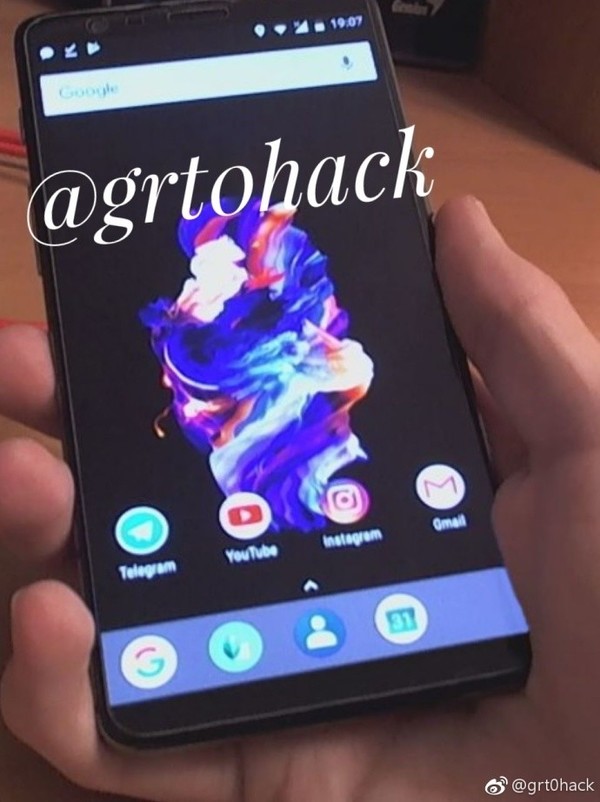 As it can be seen in the above image, the smartphone sports very slim side bezels. Also, the top and bottom bezels of the phone have been drastically reduced. All the OnePlus smartphones that have been released so far have front-mounted fingerprint scanners. However, the biometric recognition feature is missing from the frontside of the alleged OnePlus 5T. Even the leaked shot only shows the front of OP5T, it is likely to feature a rear-mounted fingerprint reader.

As rumors have revealed, the OnePlus 5T may carry support for full HD+ resolution of 2160 x 1080 pixels and produce an aspect ratio of 18:9. The spy shot of the OnePlus 5T suggests that it retains the same position for the Switch key and volume rockers. The top bezel has a selfie camera and the sensor that is placed on its right could be for facial recognition.

Recent reports have revealed that the OnePlus 5T may get unveiled on Nov. 16. It is expected to arrive with specs like 6-inch Samsung AMOLED display, Snapdragon 835, improved dual rear cameras, and a 3,450mAh battery.