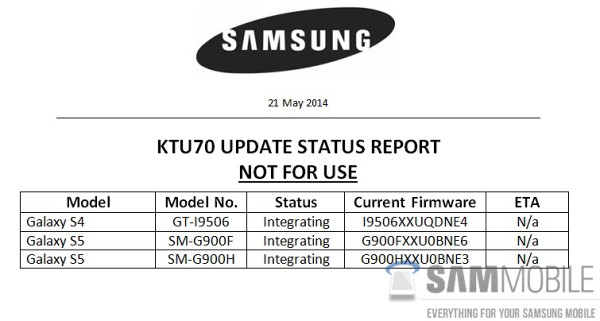 It seems like Samsung has begun testing the unannounced Android 4.4.3 update on both their Galaxy S4 LTE and Galaxy S5 flagships. This update will come with the KTU70 build number, which we don’t expect it to be rolled out so soon – since it is currently only in the integrating stage. The earliest date we can foresee for this update to be rolled out will be after the Google I/O conference held in June next month.

Right now, we’ve totally no idea what this update will bring to our device since it has yet to be officially announced by Google. That being said, we’ll have to wait patiently for at least another month.