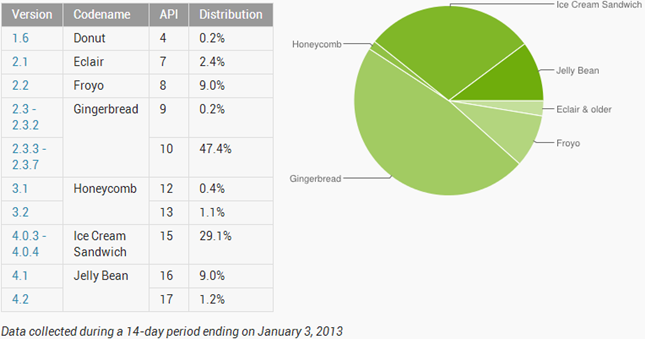 For more than a year, the Gingerbread has been dominating the Android OS market with more than 50% market share. However on January 3rd this year, Gingerbread begin to see a decline of their dominance from 50.6% during December last year to 47.7% this month, even though they still remain at the top spot.

So do you have any thoughts for this bi-weekly Android OS distribution chart?