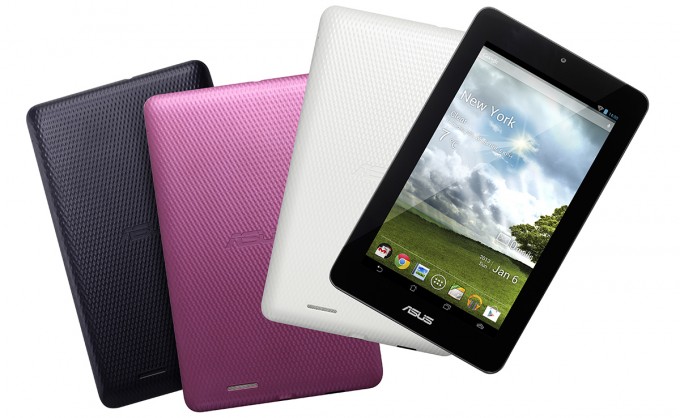 If you’re planning to get yourself a budget Android tablet, then you might want to consider the latest Asus MeMo Pad 7, which was announced back in January this year. Coming with a price tag of just $149, we shouldn’t expect much from its specifications : 7-inch LCD display with 1,024 x 600 pixels resolution, 1GHz single core processor, 1GB RAM, 1 megapixels front camera, 16GB internal storage,  4,270 mAh battery, as well as Android 4.1 Jelly Bean onboard. The only thing we don’t really understand about the Asus MeMo Pad 7 is – why doesn’t it comes with a rear camera, yet equipped with a depressing 1 megapixel camera?

If you’re looking for some mid-range tablet like the Nexus 7, then we don’t think the Asus MeMo Pad 7 is suitable for you and you might want to take a look at the Hyundai T7 tablet instead. But if you’re just a casual user who doesn’t really bother much about your tablet’s specifications, then the MeMo Pad 7 will be a perfect choice for you.

HP Slate 7 is now available for pre-order in France

Asus revealed the price and release date for the Asus FonePad