Asus fans are waiting for the company to announce the new ZenFone 4 series smartphones. The Taiwanese firm has sent out invitations of a launch event that will be held on September 21 at Rome, Italy. It is speculated that the ZenFone 4 series phone may get unveiled on the said date. However, Roland Quandt is of the view that the upcoming ZenFone 4V smartphone would be launching on Sept. 21. Quandt’s tweet that revealed about the invitation is no longer accessible. 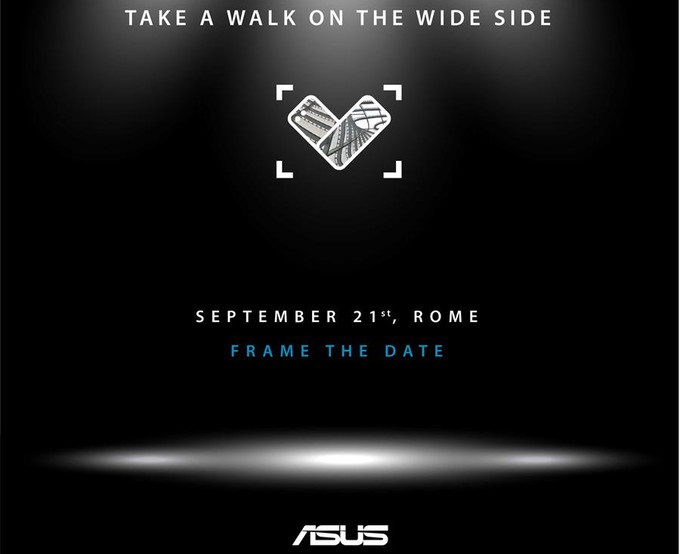 The invitation reads “take a walk on the wide side” right at the top of it. The text below the date reads “frame the date.” Recently, the leakster had revealed that Asus would be soon releasing ZenFone 4 series phones such as ZenFone 4, ZenFone 4V, ZenFone 4 Max, ZenFone 4 Pro and ZenFone 4 Selfie. Since the leakster claims that the ZenFone 4V is launching on Sept.21, there is no confirmation on whether the other phones would be launching before or after it is unveiled.

Information that had surfaced around two months ago had revealed that the ZenFone 4 would be driven by Snapdragon 660 chipset. The ZenFone 4 Max is pegged to feature Snapdragon 630 SoC. The ZenFone Pro could be the flagship phone with Snapdragon 835 chipset present under its hood.