On May 4th, Taiwanese manufacturer, ASUS, launched its first ever Android Go, Asus Zenfone Live L1. This device was first released in Indonesia and since its launch, it has been making its way into other markets. Been an entry-level device, the major attractive points of this smartphone is centered around its Android 8.1 Oreo in Android Go edition which implies that it will get firsthand updates just like Google Pixel phones. Current information suggests that just like ZTE Tempo Go and Alcatel 1, Asus Zenfone Live L1 has made its way into the US and it will be exclusive to BestBuy with a $109.99 price tag. 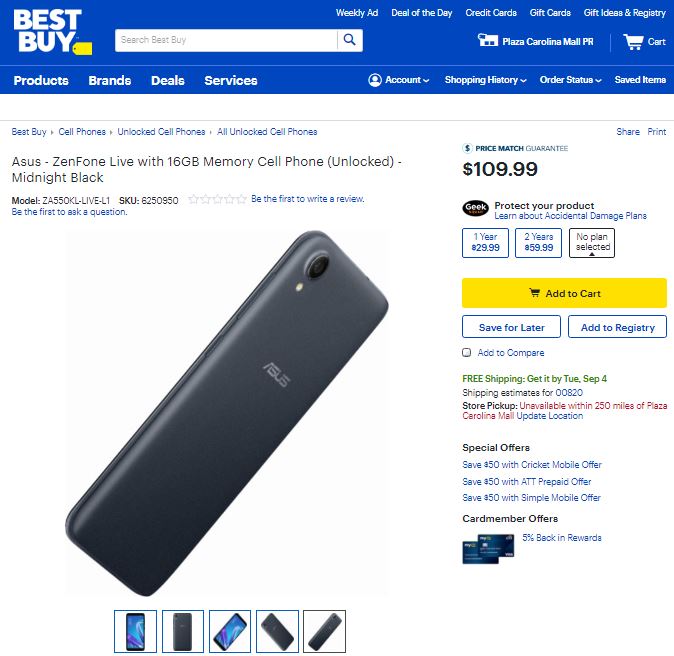 As a reminder, the ZenFone Live L1 features a 5.5-inch display that supports HD+ resolution of 720 x 1440 pixels. The Snapdragon 425 chipset powers the phone along with 1 GB of RAM (don’t get worried, Android Go Phones doesn’t really need more than 1 GB RAM). The handset features a native storage of 16 GB. For additional storage, it offers its user with a microSD card slot. This smartphone is powered by a 3,300mAh battery which is just enough for Android Go devices. For photography, this device includes a 13-megapixel rear camera which supports features like PDAF and LED flash. It has a selfie camera of 5-megapixel. Since it is an Android Go device, it features a lightweight edition of Android Oreo. When it comes to connectivity, the ZenFone Live L1 offers its users with features like 3.5mm audio jack, micro USB 2.0, dual-SIM support with 4G VoLTE, Wi-Fi 802.11ac, Bluetooth 5.0 and GPS.