Recently,  the Ceramic Edition Xiaomi Mi 6 went on its first flash sale after being unveiled more than a month since April this year. Right now, another variants of the device is ready to hit the shelves tomorrow and this time round its none other than the Blue version. 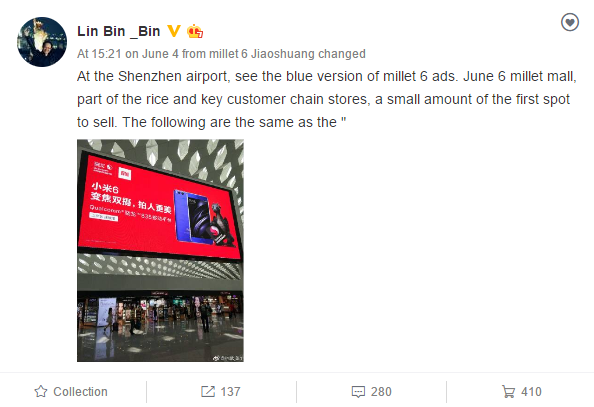 This news came straight from Xiaomi’s co-founder Lin Bin who also added that the Blue Mi 6 will be available on both Xiaomi’s official online store as well as their own brick-and-mortar stores in China. However, he do warned that the first batch of stocks may be rather limited – just like the first batch of the ceramic edition Mi 6 which got sold out in just a matter of hours time.