If you’re a fan of the Xiaomi Mi Mix, but is unimpressed by its hefty price tag, then we have a piece of good news for you! LEAGOO had announced a new KIICAA MIX smartphone which comes with a familiar benzel-less display similar to the one we’d seen on the Mi Mix – but at a much more affordable price tag of just $139.99. 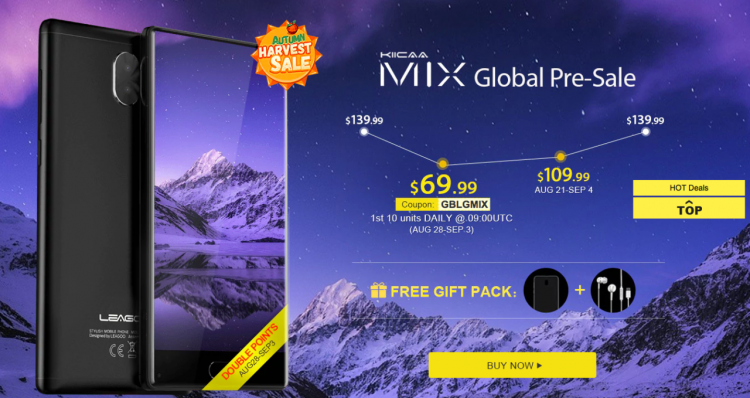 However, that’s not all! Starting August 28th to September 3rd, GearBest is running an incredible promotion on the LEAGOO KIICAA MIX which allows you to get the device from as low as just $69.99 using the coupon code GBLGMIX. This coupon code however, is valid only to the first 10 customers each day (starting at 9am UTC time)  so do make sure you purchase the device early to avoid any disappointment. That being said, even if you’re not able to use the coupon code, the KIICAA MIX is still available at a discounted price of just $109.99 during this flash sale! 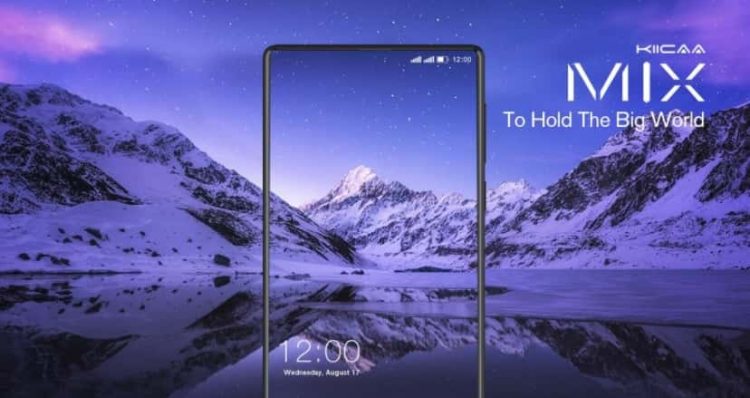 Needless to say, the LEAGOO KIICAA MIX is definitely one of the best smartphone you can get in the current market for this price segment. Not only does it comes with an affordable price tag, but is also offers you a list of impressive specs as well! To begin, the KIICAA MIX features a 5.5″ FHD Tri-bezel display which shares a close resemblance to other renowned smartphones like the Mi Mix as well as the newly released SHARP AQUOS S2. The device runs on an octa-core MT6750T SoC and has 3GB of RAM and 32GB internal storage space under its memory compartment.

For those who adores taking photos, its good to know that the device also comes with a 13MP+2MP dual-camera setup at the back as well as a 13MP front-facing selfie cam. Under the hood, there is a 3,000mAh power plant to keep the device ticking for a decent amount of time. Software-wise, the KIICAA MIX runs on the Android 7.0 Nougat out of the box.

If you’re interested, you can also watch the video above to learn more about the device as well. Otherwise, you can hit this link to buy the LEAGOO KIICAA MIX from Gearbest right away!