Honor will be holding a launch event in London on May 21. The Chinese manufacturer is expected to announce the Honor 20 and Honor 20 Pro flagship phones on the said date. These phones are expected to arrive as cheaper version of Huawei P30 and P30 Pro smartphones. A new leak has revealed camera details of the Honor 20 duo.

The Honor 20 has a triple camera setup that includes a 117-degree superwide lens of 16-megapixel lens on the top which is followed by 48-megapixel Sony IMX586 sensor with f/1.8 aperture. The next one to follow is a 2-megapixel depth sensor. There is an LED flash below it. Placed separately is a 2-megapixel macro shot camera lens. 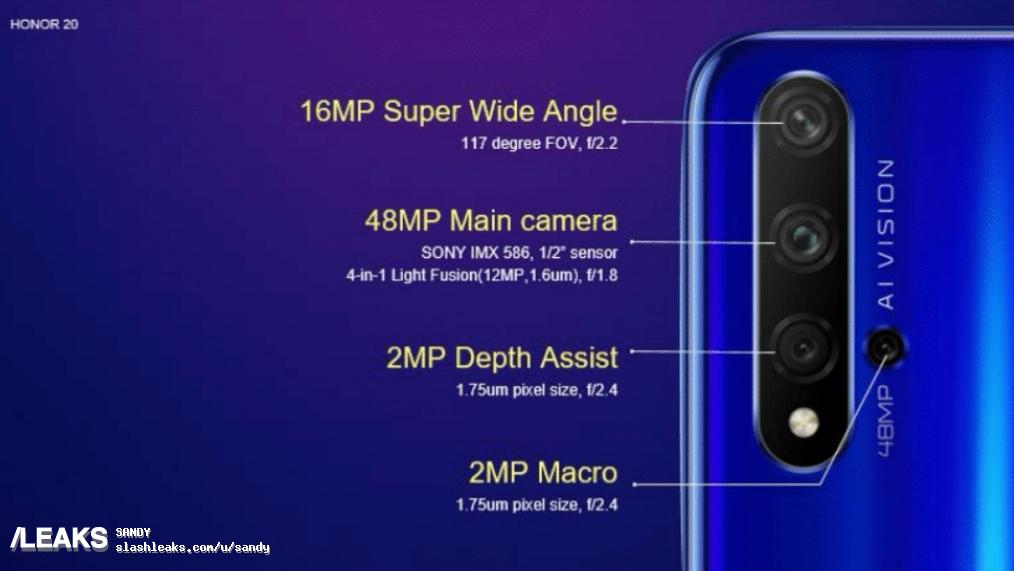 The Honor 20 Pro has a 4-axis OIS enabled 48-megapixel Sony IMX586 primary sensor with f/1.4 aperture as the second lens. There is no information on the lens that is placed on the top.. It is followed by an OIS enabled telephoto lens with f/2.4 aperture that offers 3x optical zoom. There is a laser autofocus module below.. 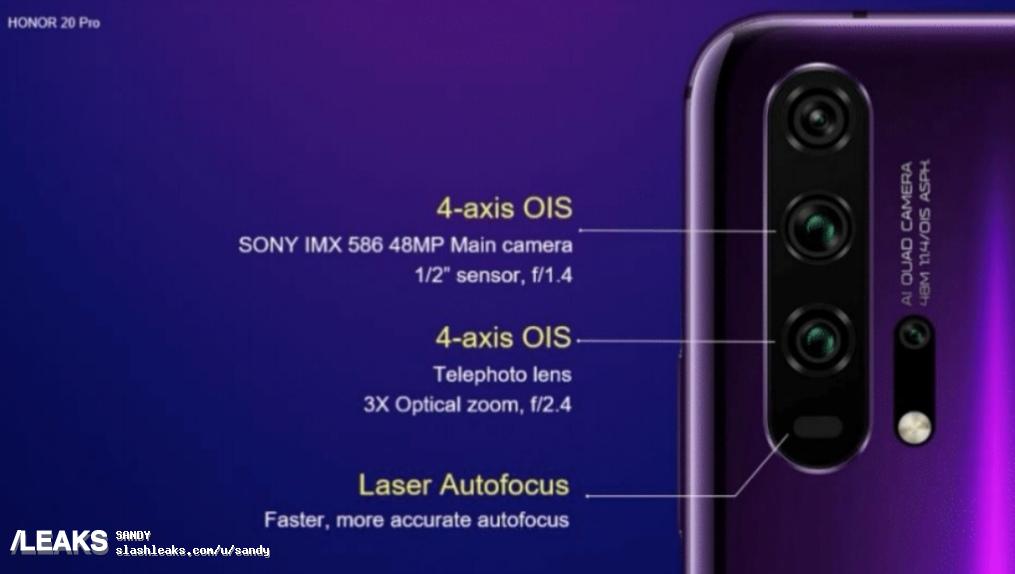 The Kirin 980 SoC will be powering both smartphones. The Honor 20 is rumored to have a 6.1-inch OLED display, a 3.650mAh battery with 22.5W fast charging and 6 GB of RAM. The Honor 20 Pro is expected to arrive with a 6.5-inch OLED screen, a larger battery and 8 GB of RAM. Both phones will have punch-hole displays, 32-megapixel front-facing cameras and in-screen fingerprint readers.