Honor will be unleashing the Honor 20 series on May 21 through an unveil event in London. There is a possibility that these phones may go official first in China before it arrives in international markets. A leaked photo of the Honor 20 featuring triple rear cameras had appeared in the previous month. Today, a leaked photo of the more advanced Honor 20 Pro has appeared to reveal its rear design.

The Honor 20 Pro is rumored to arrive with four rear cameras, and it is expected to hit the market as the cheaper edition of the Huawei P30 Pro that is equipped with quad cameras. The leaked photo of the Honor 20 Pro that has appeared today features four cameras sensors including a ToF sensor like the P30 Pro. 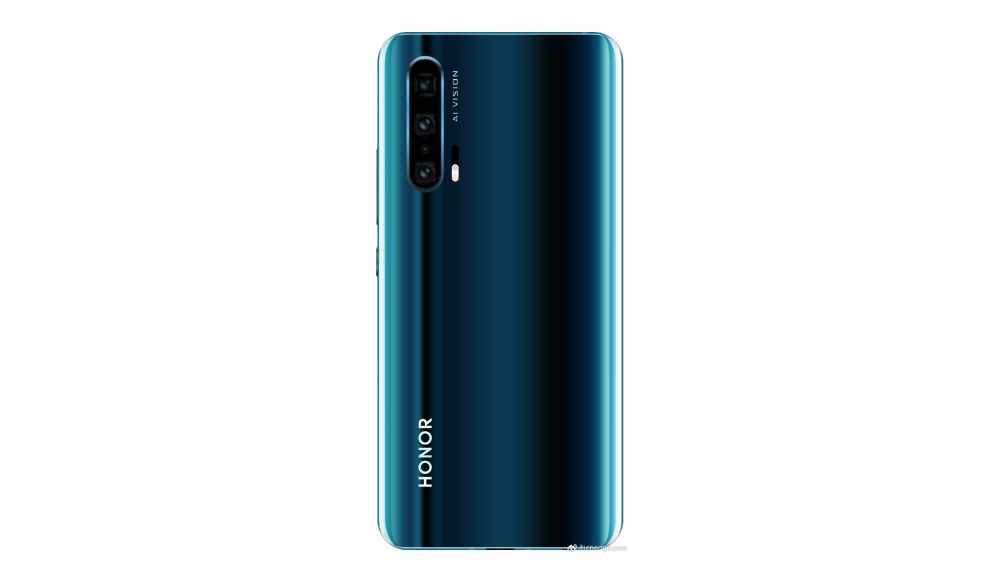 The camera module includes a squarish sensor which seems to be periscope telephoto lens. Rumors have claimed the smartphone may borrow Sony IMX600 40-megapixel camera sensor from P30 Pro. The camera module could also include a super wide-angle lens and another wide-angle lens. The phone is expected to come with 6.5-inch OLED display and a battery of around 4,000mAh capacity. The Kirin 980 SoC will be powering the phone along with up to 8 GB of RAM. The other details of the phone are currently under the wraps.

Honor 20i Unveiled in China; Specifications, Features and Price