Earlier today, the newly announced Honor Play 7 went on its debut sales in China although the sales was rather short-lived as the available stocks were quickly depleted by the huge demand. According to the Chinese smartphone maker, the company will be holding another round of sales on May 29th later this month for those who didn’t managed to get one for themselves today. 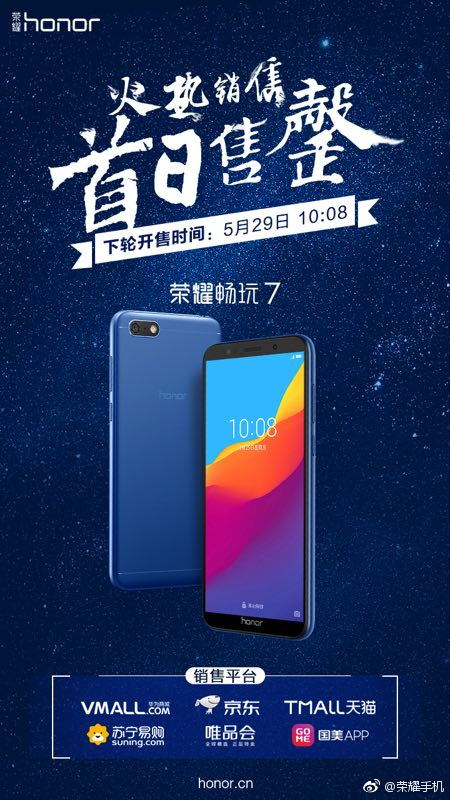 In case you’d missed out, the Honor Play 7 is an entry-level smartphone which sports a 5.45-inches display with 1440 x 720 pixels screen resolution. The device runs on a MediaTek MT6739 SoC alongside 2GB of RAM and 16GB internal storage space in its memory compartment. Camera-wise, there is a decent 13 megapixels main snapper, as well as a 5 megapixels front-facing selfie cam. Under the hood, there is also a 3,020mAh non-removable battery available to keep its lights on for a decent amount of time.

For those who’re interested, the Honor Play 7 comes with an affordable price tag of just RMB599 ($95) – making it one of the cheapest entry-level smartphone in the market.