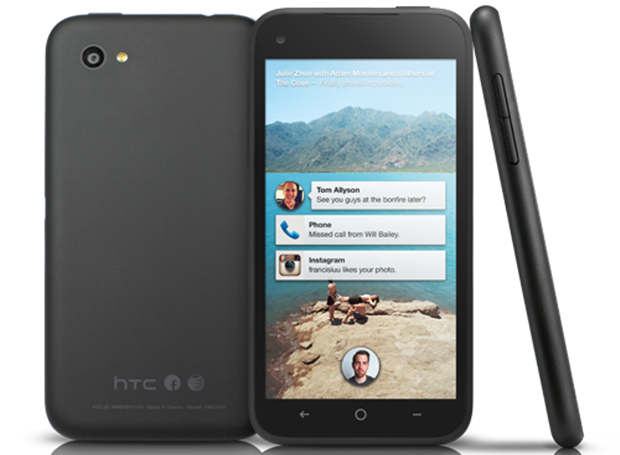 Today, HTC’s CEO Peter Chou has officially unveiled the long awaited HTC First – which will be the first device to feature Facebook’s own unique launcher known as the Facebook Home. Apart from the launcher, the HTC First doesn’t seems to tame us with its middling specifications. As expected, the handset will be coming with an affordable price tag of just $450 outright through AT&T. However if you’re willing to commit to a 2 years contract with the carrier, then the HTC First can be yours for just $99.

According to HTC, the device will be available in 4 colors – red, light blue, black and white. If you’re interested, you can head down to AT&T’s online store to pre-order the HTC First and the device will be delivered to you starting on April 12 next week. Here is a quick run down for its specifications : 4.3-inch 720p LCD display, 1.5GHz Qualcomm Snapdragon S4 dual-core processor, 1GB RAM, 5 megapixels rear camera, 1.6 megapixels front camera, 16GB internal storage, as well as Android 4.1.2 with HTC Sense 4.1 onboard.

Will you be getting the HTC First, also dubbed as  “the ultimate social phone”?

HTC One will arrive in Australia as early as April 19th