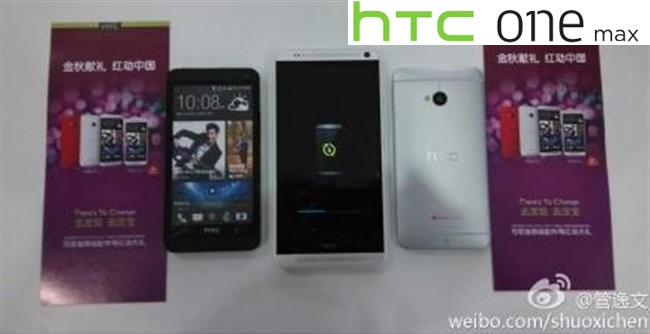 Thanks to a user from Weibo, we’re able to have another look at the upcoming HTC One Max – this time round together with a black and silver HTC One, probably to compare their screen size. Likewise, there are also new rumors that suggest the possibility of a finger sensor feature on the back of the HTC One Max as well.

We don’t know how true this is, but according to a high profile user from @evleaks, the HTC One Max will be coming with the Snapdragon S4 Pro chipset instead of the initially rumored Snapdragon 800 processor. Whatever it is, we’ll probably find out more about the phablet by the end of next month.

Related : Android Rumors : HTC to launch the HTC One Max ?