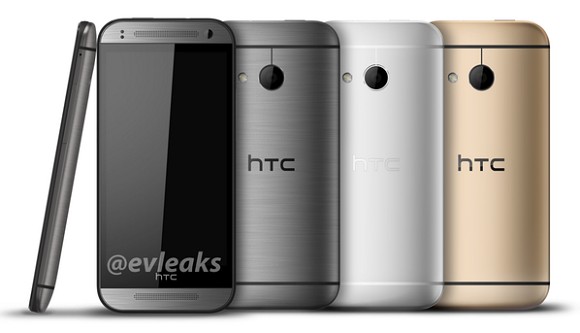 Thanks to @evleaks, the upcoming HTC One Mini 2 has made into the headline once again. This time round, @evleaks has posted a new render of the HTC One Mini 2 which suggest that the device will be coming in 3 different flavors namely gray, silver and gold.

This isn’t surprising as their sibling (HTC One M8) already have this colors at launch. From the image, its also quite obvious that the HTC One Mini 2 share roughly the same design as well – just that its slightly smaller in size.

What we’re lacking now is only its spec sheet and nothing else.