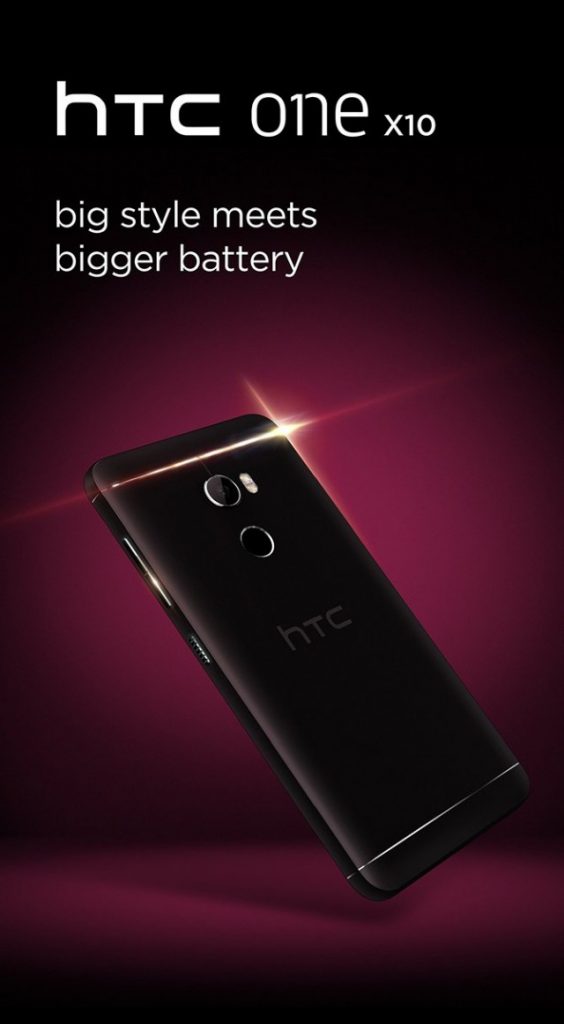 The press renders reads “big style meets bigger battery,” which indicates that the HTC One X10 would be coming with an aesthetically pleasing design and a larger battery. However, neither the press render or the leakster has revealed any information on the exact size of its battery.

The HTC One X10 is rumored to arrive as a successor phone for HTC One X9 form last year. It is speculated to come with a 5.5-inch full HD display and it may be driven by MediaTek MT6755 (aka Helio P10) chipset. The SoC is rumored to be accompanied by 3 GB of RAM. For photography, it is rumored to feature 16.3-megapixel rear camera and 7.9-megapixel selfie camera. The press render suggests that a fingerprint scanner will be placed below its rear camera.

Xiaomi Mi Max 2 to Launch on April 19 Alongside the Xiaomi Mi 6?