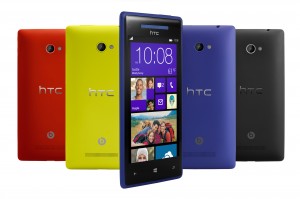 HTC has revealed 2 of their latest Windows Mobile 8 flagships earlier today, namely the HTC 8X and HTC 8S. It has been quite awhile since HTC has launched their last Windows Mobile device, since the handset giant had spent most of their time and effort designing and producing Android devices over the past few years.

The company’s attempt to launch new Windows Mobile handsets shows their commitment to diversify their products, and will not depend solely on their Android devices which are constantly experiencing tremendous competition from other handset giants. Like most other Windows Mobile devices, the HTC 8X and HTC 8S are also crafted into sleek and classy design. There are also 4 different colors available for each of these 2 devices. From what we know, both devices will be launched during November this year in United States.  You can take a look at the key specifications of these 2 devices below:

HTC ONE X MAY BE RECEIVING JELLY BEAN UPDATE IN OCTOBER

[…] news to all Windows Mobile fans out there! The HTC 8X is now available for pre-order at Best Buy website and has a affordable price tag of just $99 on a […]