The Huawei Honor 6X which was announced earlier today, had already fetched more than  1,000,000 registrations of its first day of debut.

While the number of registrations doesn’t necessarily translates to its actual sales volume, but its still considered a great achievement for Chinese company to garner so much interest on its launch day. 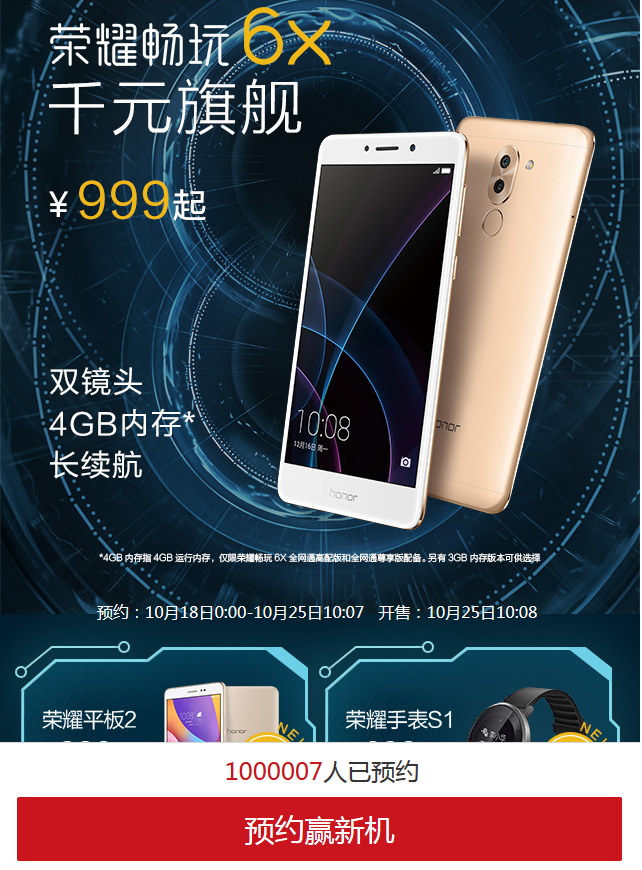 For those planning to get this device, it will went on sale starting October 25th next week. Those feeling rich can of course, can wait for the Mate 9 to be unveiled by Huawei on November 3rd instead.

Huawei’s HiSilicon Kirin 960 SoC is now official, just in time for the Mate 9