Recently, we reported that the along awaited Mercury Silver Xiaomi Mi 6 will finally go on sale on August 3rd later this week. However, it seems like the Mi 6 will not be the only handset to get the exquisite Mercury Silver color this year. 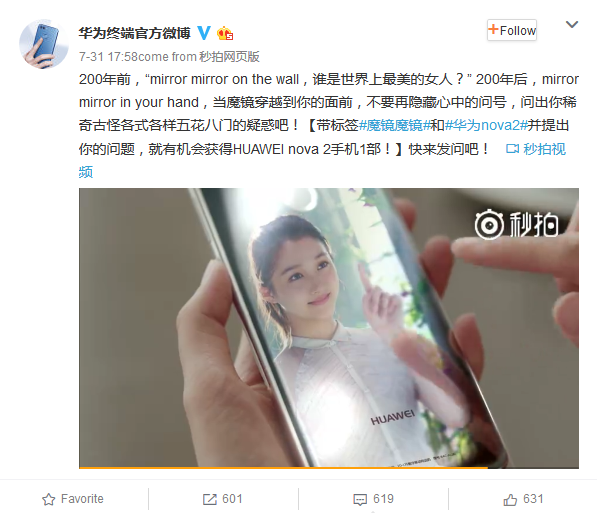 Earlier today, Huawei apparently teases their upcoming Mercury Silver Huawei Nova 2 Plus in a new video which also mentioned that the device will be up for registrations starting August 3rd as well. While its not guaranteed that the new color will be called Mercury Silver on the Nova 2 Plus, but we’re pretty sure it will be dressed in a flashy chrome finishing just like the Mi 6. Likewise, the same video also hinted that the new coating will make the handset felt like a “mirror in your hand”.

Although the company doesn’t reveal anything on its specs sheet, but we do expect it to come with offer similar specs and features as the other Nova 2 Plus except it could be coming with a more hefty price due to the higher cost to manufacture a metallic chrome finishing.

Get these Xiaomi smartphones at discounted price from Gearbest today!