Recently, Huawei has just took the wrap off their latest Huawei Maimang 6 phablet in the Chinese market. This handset according to earlier reports, is expected to be shipped to the European markets as the Huawei Mate 10 Lite. However, that’s not all, the Asian markets also has receive a similar rebranding for this handset as it was announced in both Thailand and Malaysia as the Huawei Nova 2i. 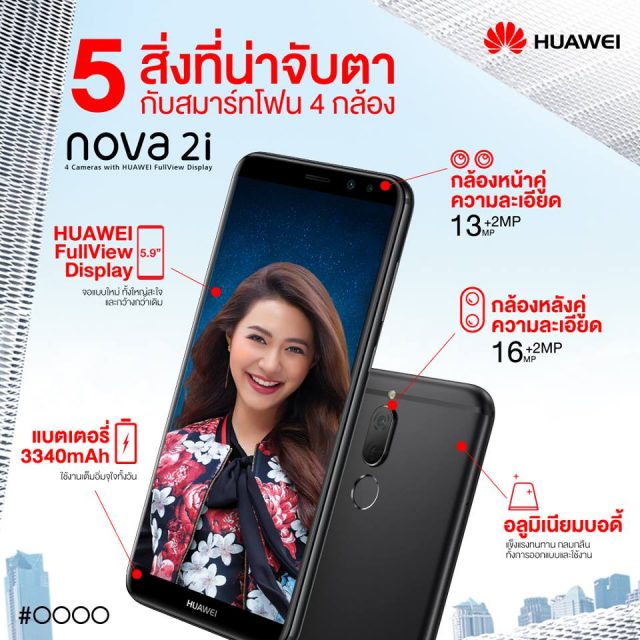 Other than the naming difference, the rest of the specs remain similar to the Maimang 6. For the benefits of those who’d miss out, the Huawei Nova 2i comes with a 5.9″ display that has an incredible 18:9 aspect ratio. The device is powered by the company’s own Kirin 659 SoC and has 4GB of RAM as well as 64GB internal storage space under the memory compartment. Camera-wise, it features a 16MP+2MP dual-camera setup at the back, which is accompanied with a 13MP+2MP dual-cameras at the front for selfies. A 3,340mAh battery is also available to keep its lights on for a considerable amount of time as well.

All three color options namely Obsidian Black, Streamer Gold, and Aurora Blue are expected to be up for grabs in the respective markets. If nothing goes wrong, the Huawei Nova 2i could also be soon announced in neighboring countries including Singapore in the next few weeks.

Nubia will be holding a launch event on October 12th, could be the Nubia Z17s