An image of the alleged screen protector of the iPhone 8 suggests that its top bezel is equipped with a pair of iris sensors. The image also suggests that the top bezel features a FaceTime camera, a receiver and an infrared sensor. 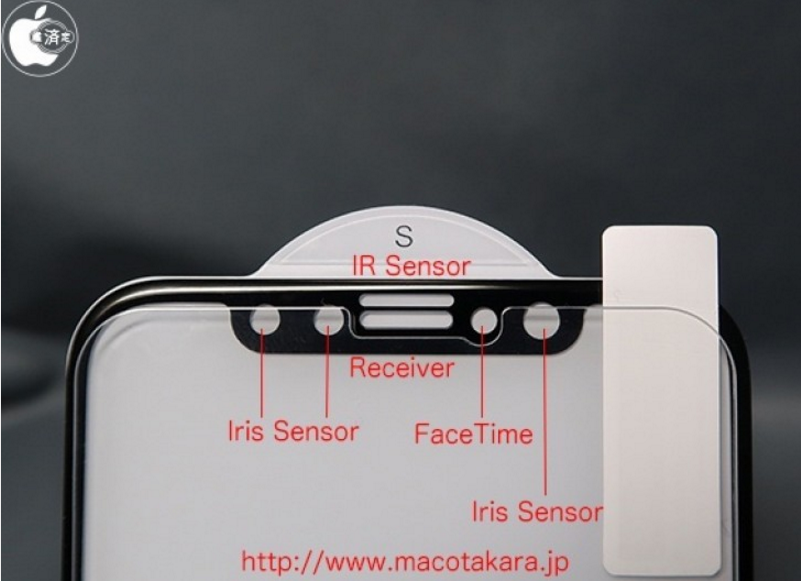 According to Macotakara, a Japanese tech blog that cites information from Apple’s supply chain insiders claims that even though some rumors claimed that the fingerprint sensor would be embedded on side-mounted Power button, it is unlikely to come true. The publication claims that Apple may have successfully managed to embed the Touch ID sensor under the display or it may be placed on the rear side of the phone. There is a possibility that iPhone 8 may not feature a Touch ID sensor and it may be replaced by Face ID feature that is equipped with iris sensors.

Another piece of information coming from the same publication suggests that iPhone 8 would be debuted along with iPhone 7S and iPhone 7S Plus on Sept. 7, 8 or 9. The iPhone 8 may release a bit late in October or early November whereas the other two smartphones are speculated to release on Sept. 17.