LeEco is back at it again! Their latest Le Pro 3 flagship has been sold out in less than 15 seconds, after the Chinese company officially kicked off their first ever flash sale for the device earlier this morning. 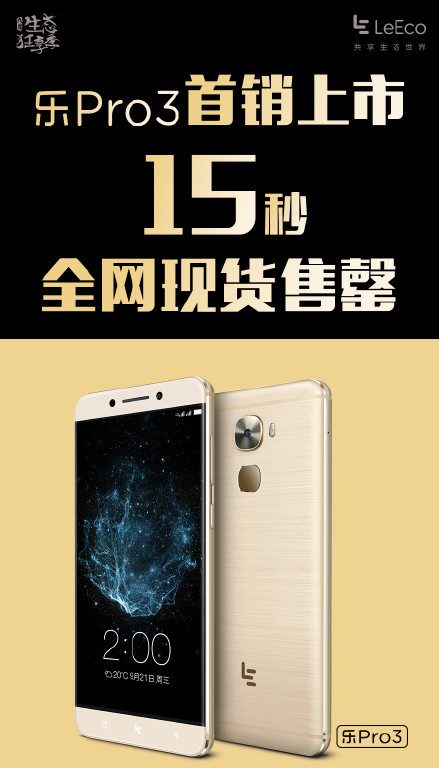 Sadly speaking, the company does not reveal the number of handsets being sold today but reports out of China claimed the number to be approximately 500,000 units. This isn’t really surprising given that the device has already broke the 3.5 million registrations mark in less than 24 hours after it was made official.

Those who failed to purchase during the flash sale however, can pre-order the device via LeMall starting today and receive the device by October 12th next month. Do share with us if you’re planning to purchase one for yourself anytime soon!

Huawei Mate 9 will be coming in 3 different models