Today, Chinese manufacturing giant, Lenovo, officially released two new tablet products at the CES show in Las Vegas. These tablets include the Lenovo P10 and Lenovo M10. The biggest feature of the two tablets is its cooperation with Baidu to support Baidu’s small mode. Specifically, with the two tablets built-in small voice assistant, after inserting the Lenovo smart base, the tablet will automatically switch to the small mode, then the two tablets will become two smart speakers for users to use. 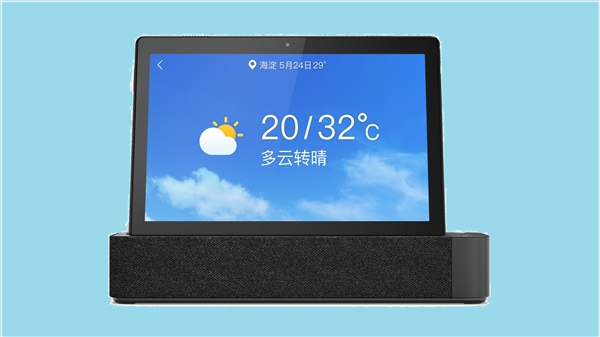 In terms of configuration, both products are equipped with a 10-inch screen, a double-sided glass body design, front 4 speakers, support Dolby panoramic sound. The front and rear of the Lenovo Smart Base are equipped with Dolby Sound and Balance Bracket, which provides a 360-degree sound field and makes the tablet more stable when touched. The base also supports charging the tablet. Lenovo has not announced the more specific configuration and the specific time that this tablet will hit the market is not known for now. Do you think these tablets will make it in the market?