The smartphone will be unveiled at the Lenovo headquarters in China on the said date. The vertical triple camera setup of the phone has been also teased in the launch poster.. 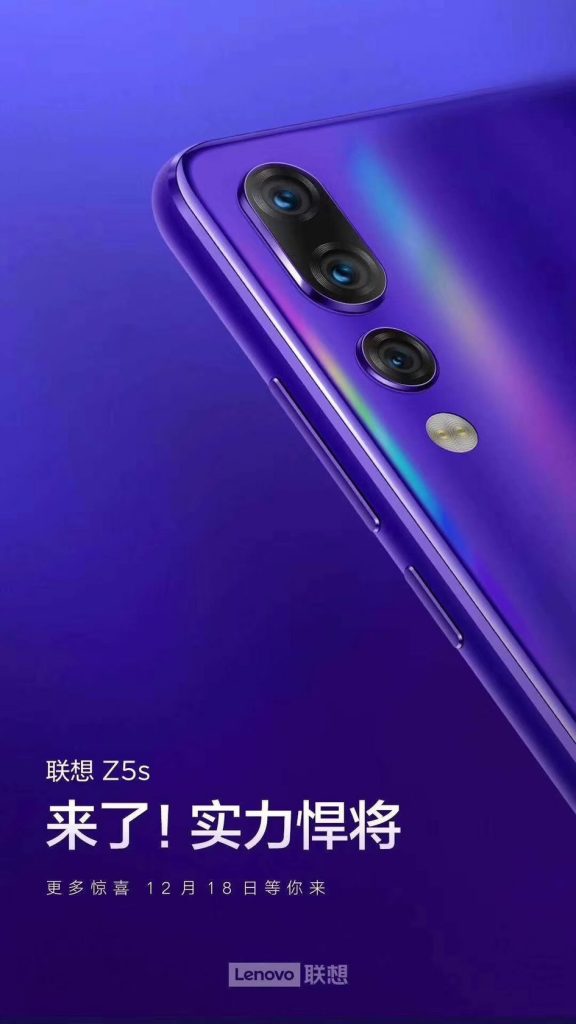 What does the letter “S” in Lenovo Z5s stand for? The above Weibo post reveals that speed, photo shooting capabilities and sexy appeal are the three strengths of the smartphone. Recent reports have revealed that the Lenovo Z5s is equipped with a 6.39-inch display and 3,120mAh battery that supports 18W rapid charging. Also, the display of the phone will feature an in-screen camera hole at the notification bar area on the top.