Earlier in this week, LG confirmed by releasing media invitation in Poland that it would be launching the LG Q6 smartphone on July 11. According to reliable leakster, Evan Blass, the smartphone has already appeared on FCC with a model number of LG M-700. In March, a LG phone with the same model number had appeared on Geekbench benchmarking site. 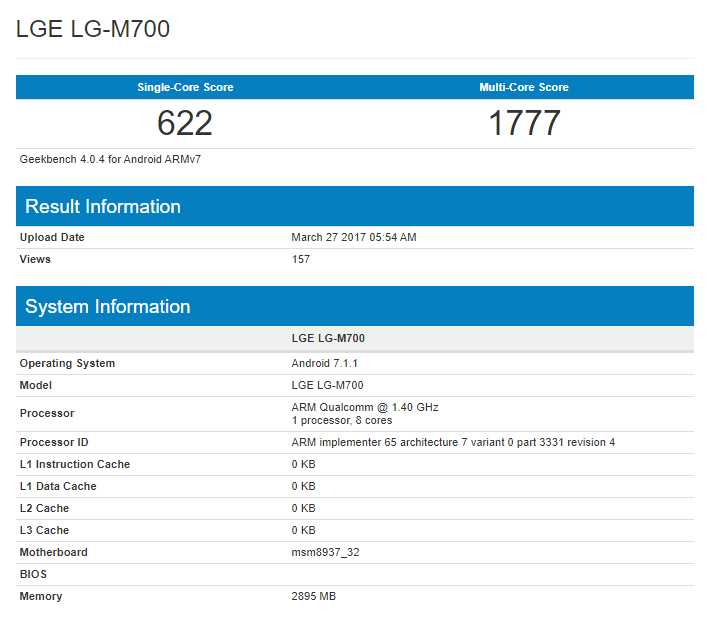 The above image is the screenshot of LGE LG M-700’s appearance on Geekbench. It shows that the LG Q6 is powered with Snapdragon 430 chipset that features a 1.4 GHz octa-core processor. LG has incorporated 3 GB of RAM to support the mid-range SoC of the LG Q6. It is running on the most recent Android 7.1.1 Nougat OS.

Blass has revealed that the smaller edition of the LG G6 would be equipped with a screen that supports an aspect ratio of 18:9. It suggests that the LG Q6 would be coming with a smaller edition of LG’s Full Vision display that was first employed on LG G6. The leakster claims that it would be featuring a single camera of 13-megapixel on its rear side.