A new Meizu phone with model number M971Q has appeared on TENAA with some basic specs and images. The photos of the phone that have appeared through TENAA certification reveals that it is the upcoming Meizu 16s smartphone. Rumors have it that the Meizu 16s will go official in this month.

The Meizu 16s (M971Q) smartphone features a notch-less display. Like the predecessor Meizu 16 phone, the M971Q is equipped with a symmetrical design. Recently spotted leaked images of the phone have revealed that the company has reduced the size of the upper and lower bezels to offer screen-to-body ratio. The slim bezel at the top is expected to house a 20-megapixel selfie shooter. The right edge of the phone features a volume rocker and a power key. 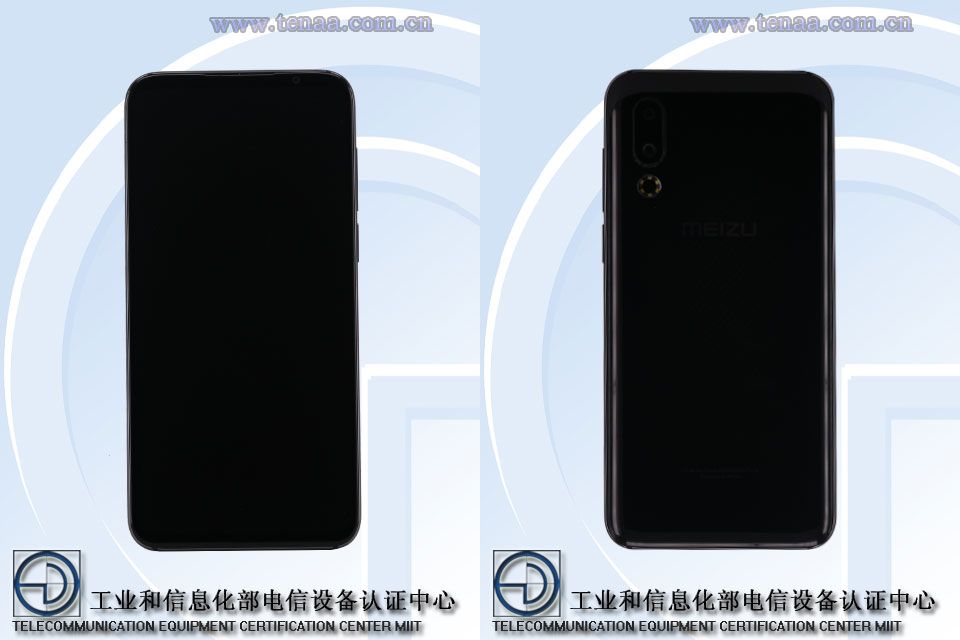 Moving to the backside of the phone reveals the dual camera module that is placed on the top-left corner. The Chinese manufacturer has already confirmed its main sensor will be 48-megapixel Sony IMX586 that will be coupled with OIS. Below the dual camera setup is the ring flash. The smartphone is equipped with an in-screen fingerprint reader. The TENAA listing reveals that the phone measures 151.9 x 73.4 x 7.65mm and it is equipped with 6.2-inch display along with 3,540mAh minimum capacity battery.

Recent reports have revealed that it will be arriving with a 6.2-inch AMOLED display, Snapdragon 855 SoC, 6 GB of RAM, 128 GB of storage and Android 9 Pie OS. The 3,600mAh battery of the phone will carry support for 24W fast charging.