Meizu has recently launched the Snapdragon 855 powered Meizu 16s flagship phone. An image showcasing the slogan of Meizu 17 that was snapped at the Unicom Partner Conference has appeared on the Meizu Community in China. The slogan reads “meet the 5G new era, Meizu 17 is coming.” This indicates that the Meizu 17 will be company’s first smartphone to carry support for 5G connectivity.

The Meizu 16s that is powered by Snapdragon 855 SoC does not feature the X50 5G modem for 5G connectivity. Hence, the Meizu 17 may come with same the chipset and the X50 5G modem. It is speculated that the Meizu 17 will sport a “portless design” like the Meizu Zero concept that was announced earlier this year. 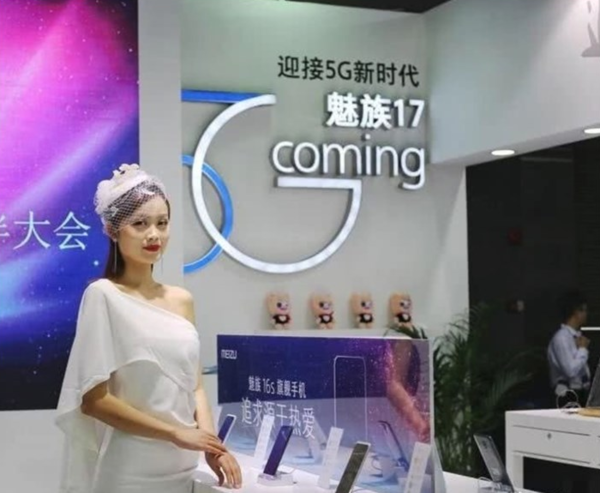 The Meizu Zero that does not feature a single button or port was made available through crowdfunding campaign. Even though the phone was packed with flagship specs, it was met with a lukewarm response and it could not achieve the crowdfunding goal. Meizu may make it a commercial device by launching it as Meizu 17. There is no word on the launch date of the phone. Probably, it may go official in Q3 or Q4 this year.

The Meizu Zero featured a 5.99-inch AMOLED display with an in-screen fingerprint reader. It was an IP68 certified dustproof and waterproof device. The smartphone could emit sound through the display. It came with up to 6 GB of RAM and up to 128 GB of storage. For photography, it featured 12-megapixel + 20-megapixel dual camera setup and a 20-megapixel front-facing camera. It carried support for 18W wireless charging.