Rumors have been speculating that there will be a Meizu X9 phone with 48-megapixel camera. Through Meizu’s community, Zhang confirmed that the handset will be hitting the market as Meizu Note 9. Moreover, he also confirmed that it will be powered by the upcoming Snapdragon 6150 chipset. 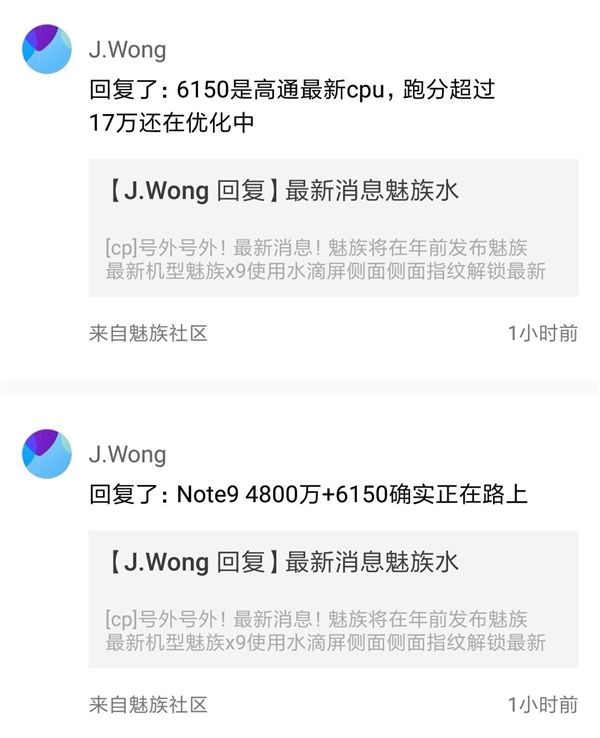 Before the Snapdragon 855 mobile platform went official, various tech sites were referring to it with its Snapdragon 8150 codename. Hence, Snapdragon 6150 is not the actual name of the processor and it may debut in the market with some other name. Previous leaks have revealed that the Snapdragon 6150 chipset can carry support for full HD+ resolution which suggests that the Meizu Note 9 will be a mid-range phone like the predecessor model.