Meizu has officially revealed via a teased poster that it would hold a launch event on February 15 where a smartphone in its M-series lineup would be released. The poster contains as its main feature, a charger which is an indication that the device in question would feature fast charging technology. 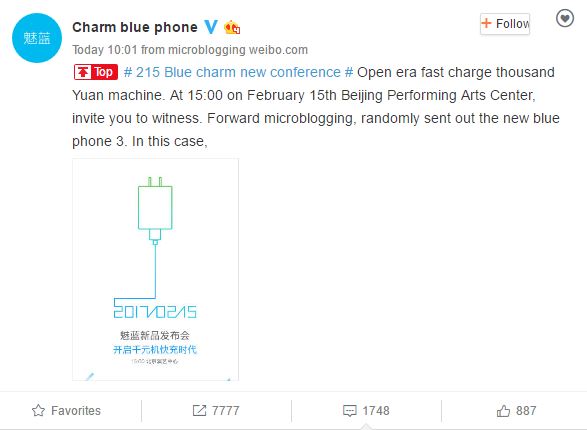 The device which would likely hit the market on February 15 is undoubtedly the Meizu M5S which has been the subject of rumors, leak, benchmark and TENAA appearances. The M5S is a mid-range device and in the leaked Meizu product schedule, the M5S is billed for launch this month so all the pieces of the puzzle fall in place, pointing its launch. 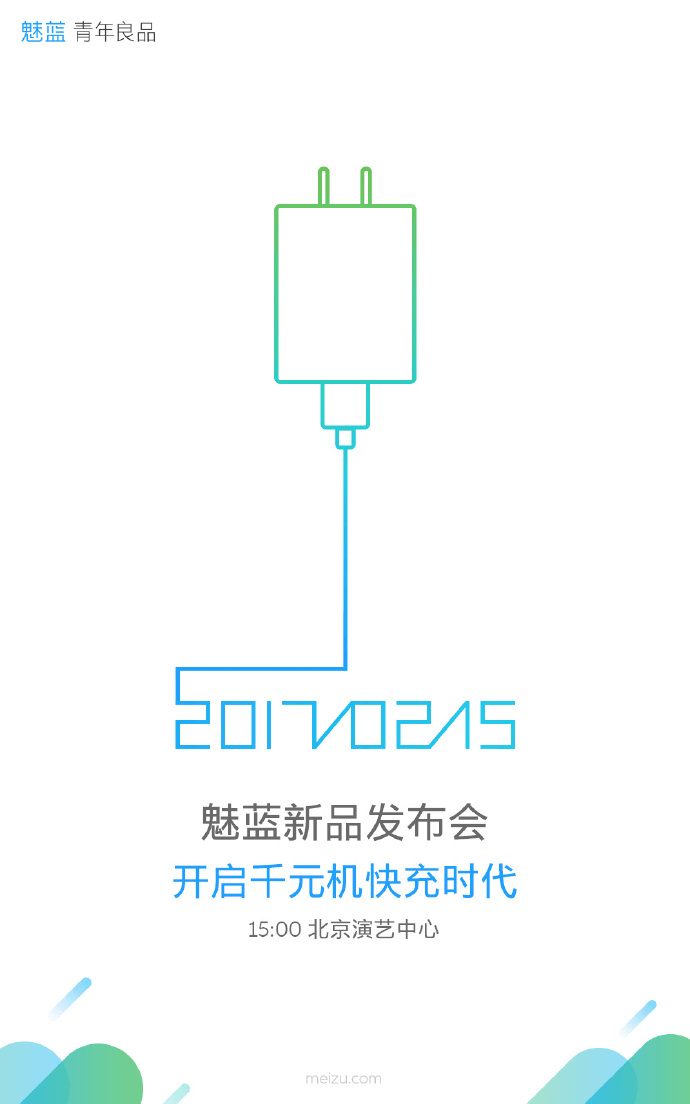 As a reminder, the Meizu M5S is expected to feature a 5.2-inch IPS display and would be powered by a MediaTek MT6753 octa-core processor. The M5S is also expected to feature Meizu’s mCharge fast charging technology, as well as Meizu’s mTouch fingerprint identification technology and many more features. In addition, the M5S is rumored as coming with a price tag ranging from 999 Yuan  ($145) to 1,299 yuan ($189).

Alleged render of the upcoming Redmi Note 4X has been leaked