In recent times, there has been a lot of fuss regarding the upcoming Meizu 16 series and the company is reportedly going all out with this one as it hopes to incorporate wireless charging, in-display fingerprint scanner, bezel-less display and not to mention SD845 SoC. Now, fresh rumors suggest that Meizu will unveil a smaller device dubbed Meizu X8 alongside the Meizu 16 series. Chinese media claims that this the X8 will be released in Beijing on August 8th but there is no official confirmation of this date. 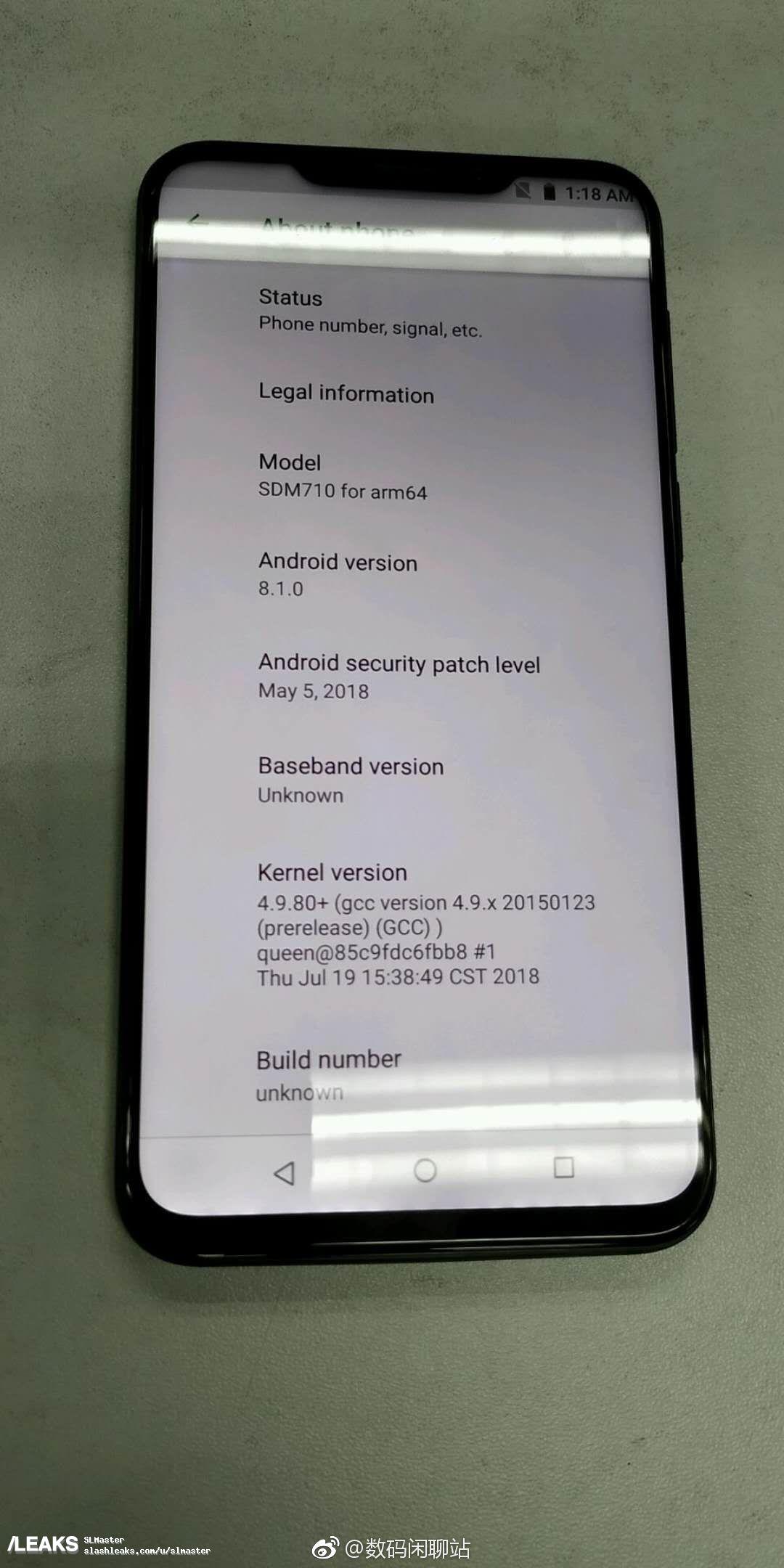 Looking at the alleged real image of Meizu X8, this phone looks rounded on all edges and it has a wide notch. If this is true, then Meizu has joined the bandwagon of manufacturers which have adopted the notch design. All the navigation buttons are on the screen thus there is no need for a front physical key but we still have a significant chin. Meizu’s proprietary mBack button is missing in action but it is possible that the company is including this feature in the form of gesture navigation key like it announced some time ago

As of now, rumors have it that the Meizu X8 will be powered by a Snapdragon 710 just like the Xiaomi Mi 8 SE and it will run on Android 8.1 Oreo out-of-the-box. As for its pricing, speculations points to a 1500 to 2000 Yuan ($221-$295) price tag. In addition to the purported August 8th launch date, there is also an earlier rumor of an August 26th launch. Thus its a bit unclear when this device will arrive but we will certainly pick these events as they unfold.