Earlier this week, Honor’s CEO Zhao Ming broke the news that the company had already shipped more than 1 million Honor 9 in just 28 days after the device went official. To maintain the record-breaking sales figure, Honor has confirmed that the Midnight Black version of the Honor 9 will finally go on sale starting July 18th this week. 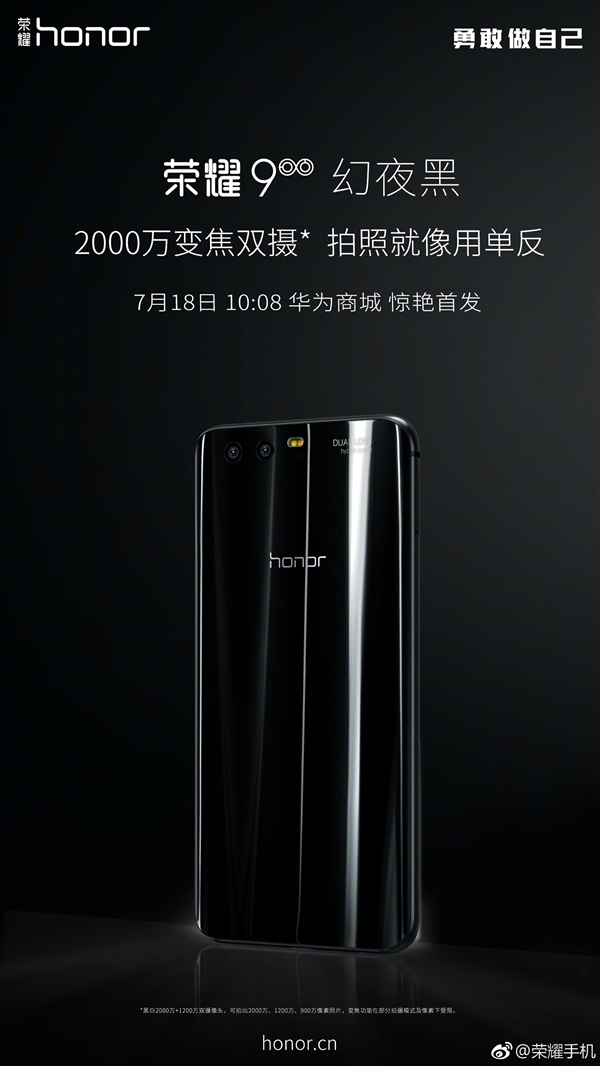 As of now, only the Glacier Grey, Sapphire Blue, and Gold version is available for purchase. The Midnight Black version will be the forth and probably the last color option to be released by Honor since they only announced 4 color options for the Honor 9 during their launch event last month.

A s a quick recap, other key specs that accompanies the Honor 9 include a 5.15″ FHD IPS LCD display, Kirin 960 SoC, 20MP+12MP dual-main snapper, 8MP front-facing camera, 3,200mAh non-removable battery as well as Android 7.0 Nougat running out of the box. On the side note, the White Xiaomi Mi 6 will also be going on its first sale tomorrow.

When will be available the midnight black version in Europe/Italy? 🙁