A couple of days back, we’d just gotten a glimpse on the specs of the upcoming Moto Z2 Play courtesy of GFXBench. Right now, a few more images of the device had been leaked as well, this time round showing off its retail packaging along with several fresh images of the device itself. 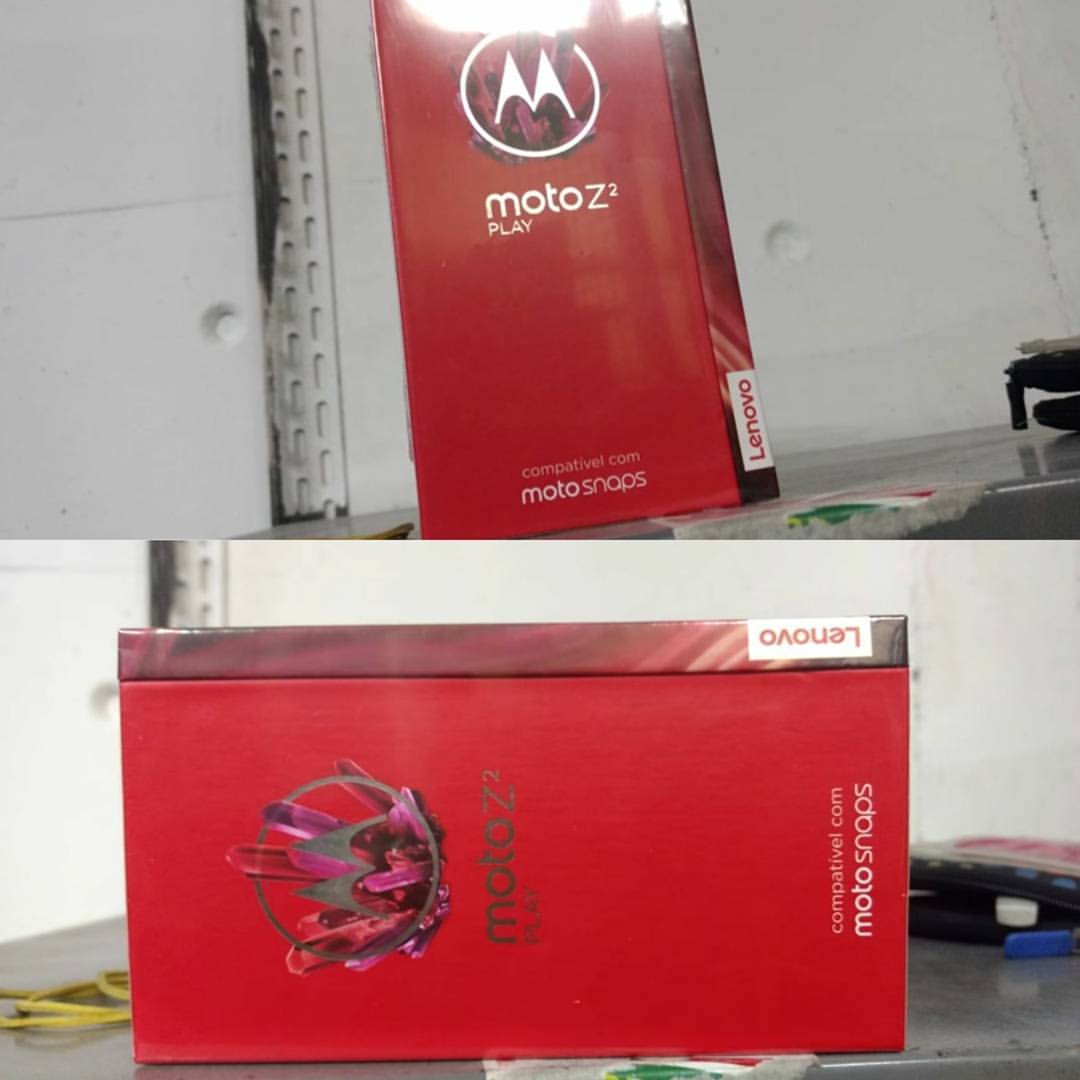 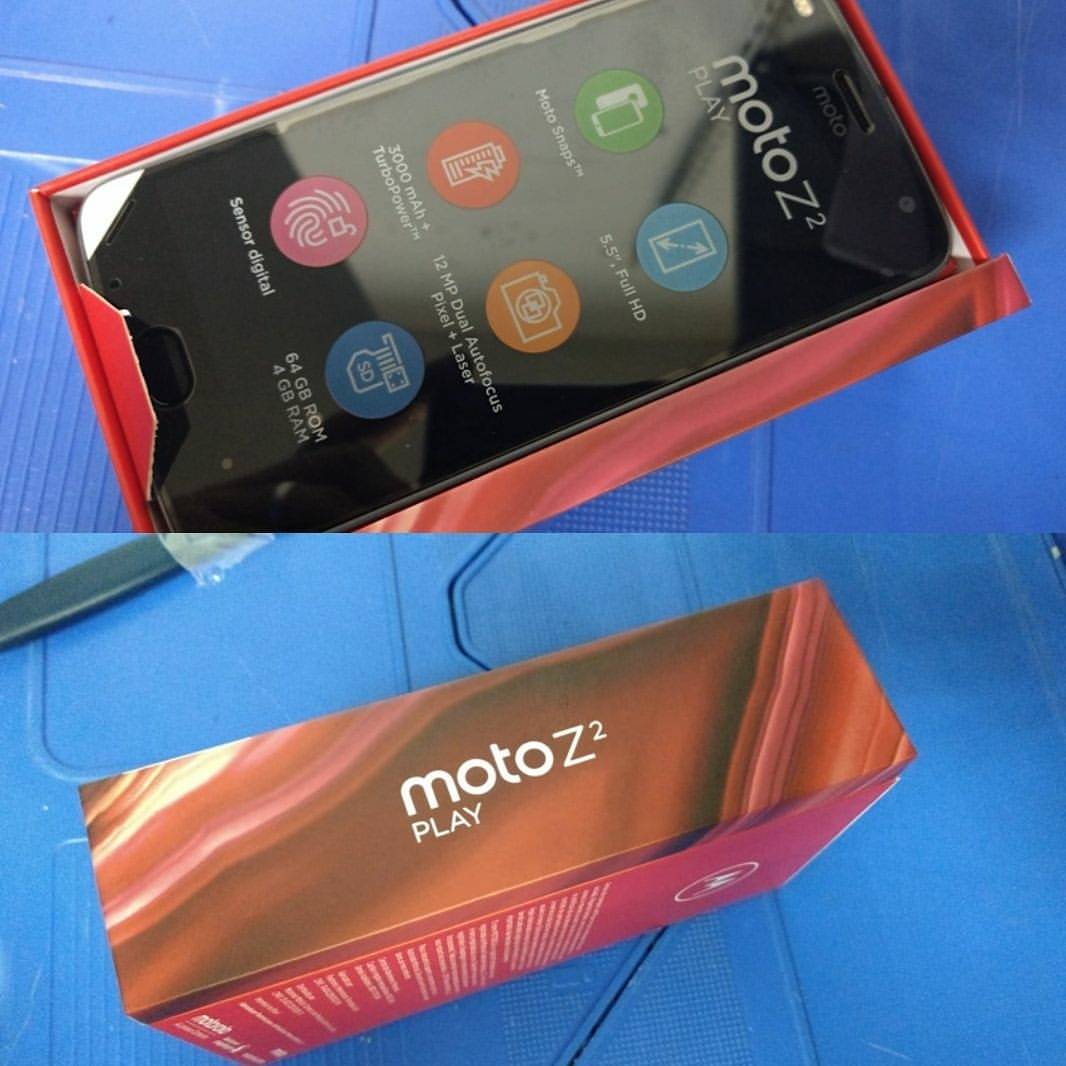 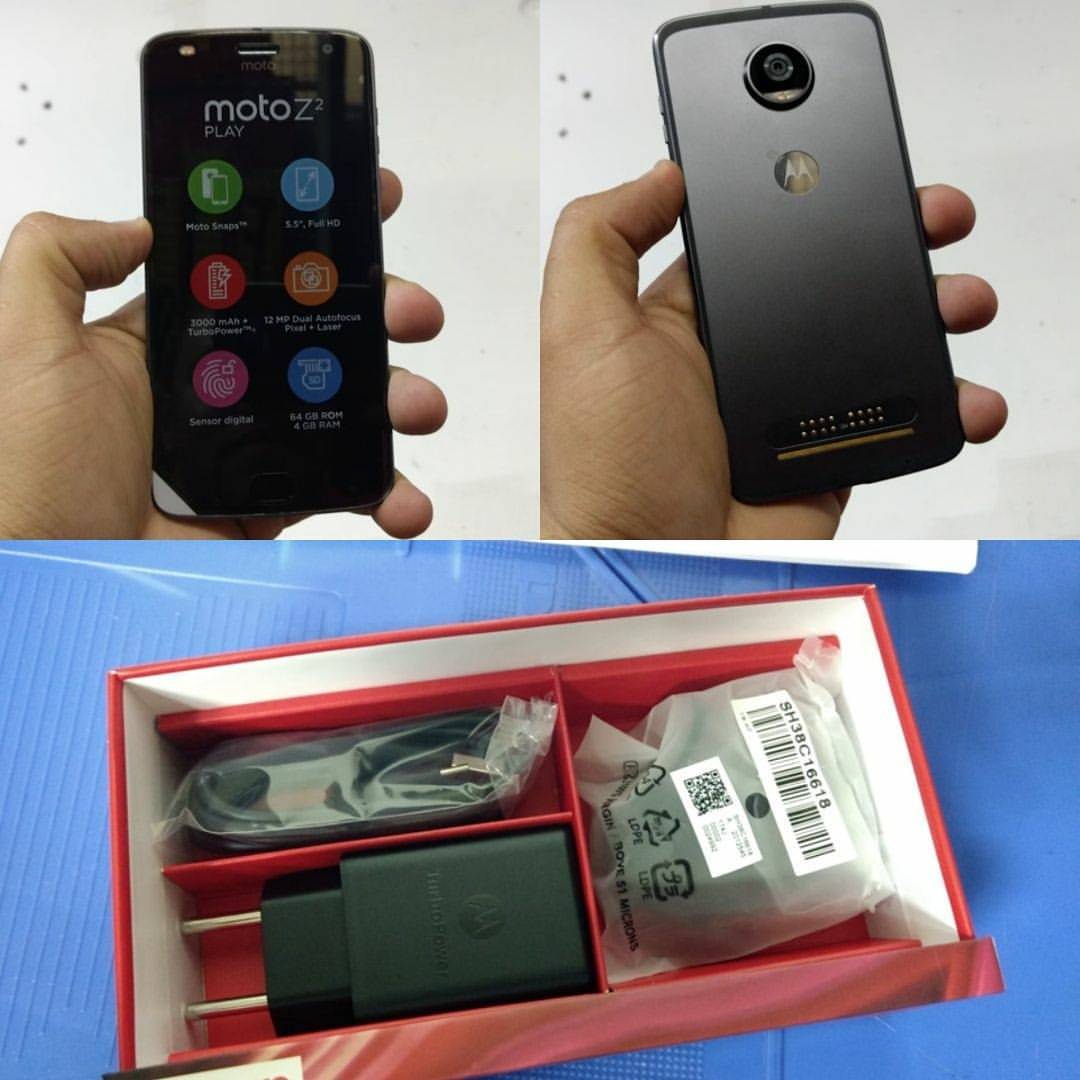 As revealed on the bright red retail packaging, the soon to be announced handset will be compatible with the company’s renowned Moto Mods accessories as well. On the whole, the specs and features of the Moto Z2 Play is pretty decent for a mid-ranger handset except probably for its watered-down battery capacity of 3,000mAh down from 3,510mAh that its predecessor is having.

According to its GFXBench listing, the device is expected to come with a 5.5? FHD display which is powered by a Snapdragon 626 SoC along with 4GB of RAM and 64GB onboard storage in its memory compartment. A 12 megapixel main snapper and a 5 megapixel front-facing camera is also expected to be equipped on the device.

If nothing goes wrong on Lenovo’s side, then the Moto Z2 Play should be officially announced on June 1st this week. Till then, do stay with us for more updates on the device!