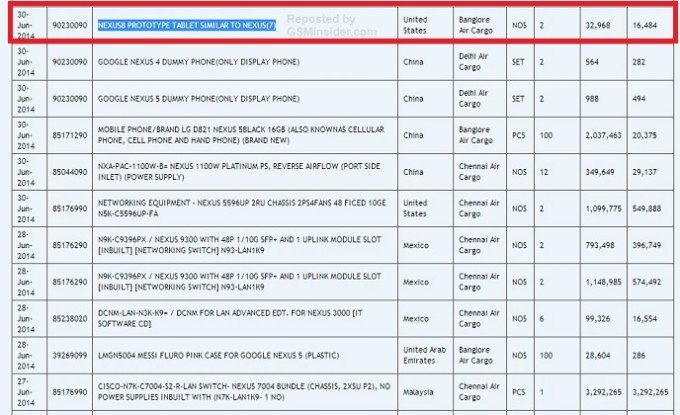 It seems like Google is indeed prepping for the upcoming Nexus 8 tablets according to a leaked shipment listing. Google has been rather secretive when it comes to their new products and services so much so that there is still no news on which company will be manufacturing their latest Nexus 8 tablet.

However, we now know that Google has finally shipped the Nexus 8 to India for some final round of testing before it is being officially announced. Hopefully, we’ll be able to grab the Nexus 8 by the end of the year.

In case you haven’t been following the news, the Nexus 8 is rumored to come with 2GB RAM and will run on the Nvdia Logan chipset according to leaked documents. Although the listing states that the Nexus 8 will have a price of Rs16,484 ($275), but we think it will cost much than that probably around $399.

Sadly, that’s all we have more now so stay tune for more updates!

Sony Xperia Z1 Compact is now available in the US market