Recent reports have claimed that HMD Global may debut the Nokia 2 entry-level phone and Nokia 9 flagship smartphone before the end of 2017. However, a BPO staff associated with HMD Global has reportedly revealed in a Facebook conversation that the new Nokia phones will be releasing next year. 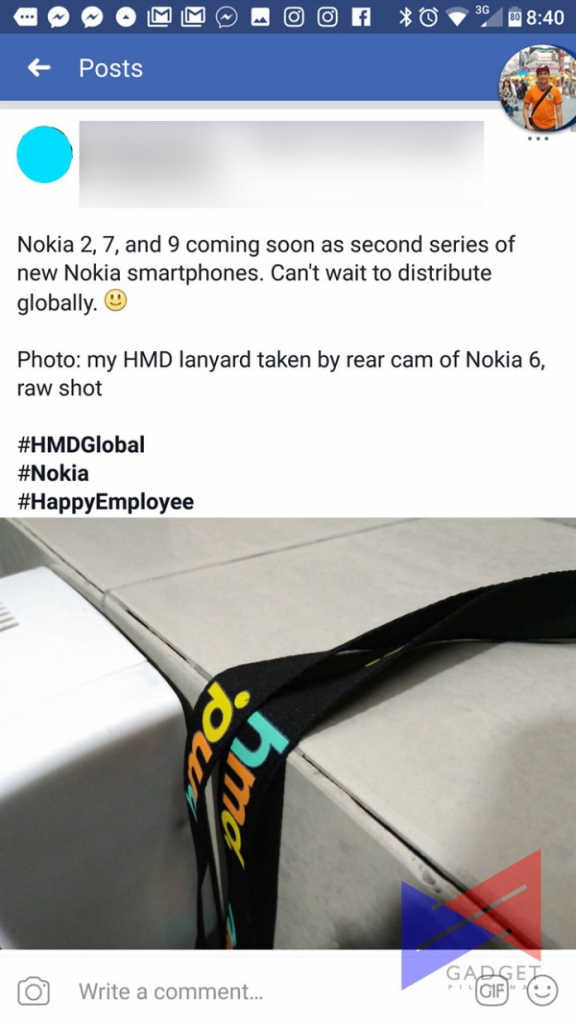 HMD Global’s Nokia 3, Nokia 5, Nokia 6 and Nokia 3310 (2017) were unveiled through the Mobile World Congress (MWC) 2017 that was held in February. Hence, there is a possibility that the new Nokia phones may launch during MWC 2018. The employee has revealed that the new Nokia phones include Nokia 9, Nokia 7 and Nokia 2. The alleged Nokia 7 is speculated as a new-midrange device, but there is no information available on its specifications. In related news, HMD Global is also expected to unleash a new 4G feature phone soon.

The Finnish brand is unlikely to launch the Nokia 9 flagship smartphone. The handset that is rumored to arrive with bezel-less design may cannibalize the sales of the Nokia 8 flagship phone. However, there is a possibility that the Nokia 2 entry-level phone may get unveiled soon because it has already received FCC certification.

The Facebook post has been deleted. We advise our readers to take this repot with a grain of salt.