The Nokia X71 smartphone has been officially unveiled in Taiwan. Its arrived as the first Nokia phone ever to feature a punch-hole display and a triple camera module. The handset has arrived with a price tag of 11,990 NTD ($388). The smartphone will be hitting the Taiwanese markets from April 10. Currently, the company is receiving the reservations of the smartphone.

The Snapdragon 660 SoC drives the Nokia X71 smartphone with 6 GB of RAM. For storage, the handset is equipped with 128 GB inbuilt capacity and a memory expansion slot. The Nokia X71 is an Android One phone that runs on the stock version of Android 9 Pie OS. It is packed with a 3,500mAh battery that supports 18W fast charging. 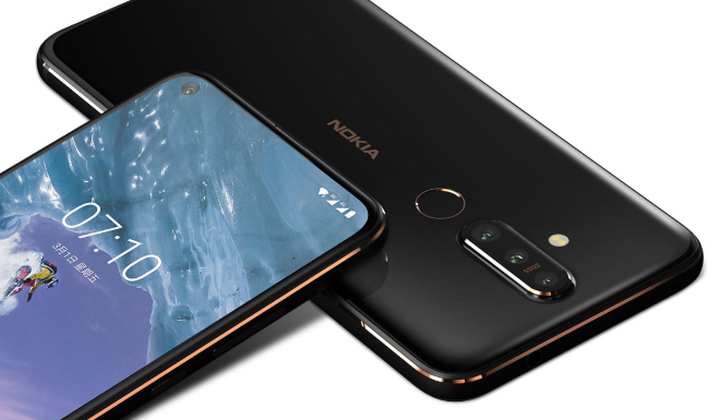 The Nokia X71 has a triple camera setup on its rear. It includes a 48-megapixel ZEISS lens with f/1.8 aperture, an f/2.4 aperture 5-megapixel and a 120-degee ultra wide-angle lens of 8-megapixel. The display hole houses an f/2.0 aperture 16-megpixel selfie camera. The other features that are packed in the phone include fingerprint reader,  OZO sound technology, 3.5mm headphone jack, dual 4G VoLTE, Wi-Fi 802.11ac, Bluetooth, USB-C and GPS.