In the above teaser that reveals some of the key features of the Nubia X includes a very high screen-to-body ratio of nearly 100 percent. Here is a newer teaser that shows the two display of the phone arrange in the form of X which is the name of the smartphone. 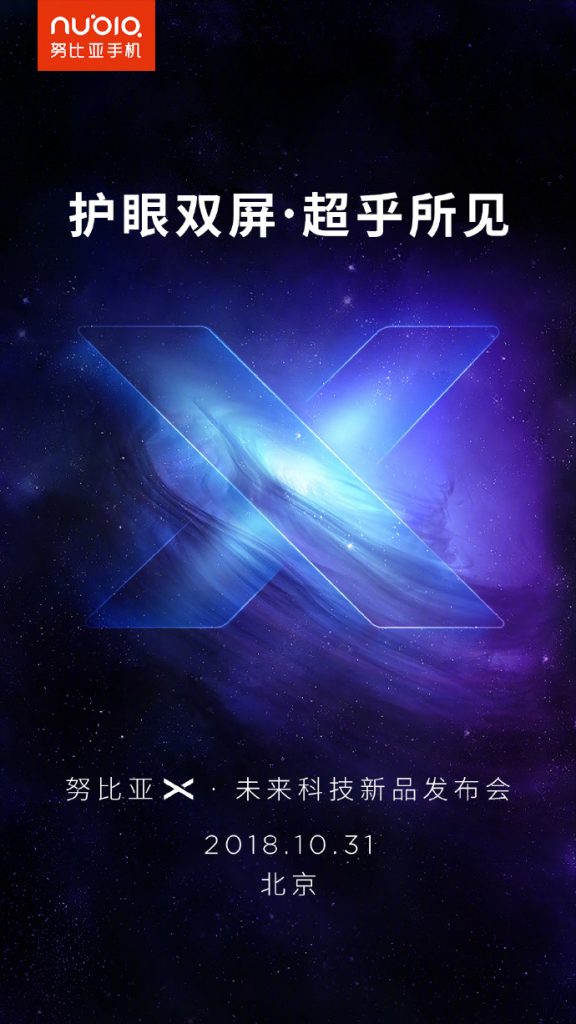 The second feature that is mentioned on the list in the first image  is eye protection mode. The third one is AI phone back that may allow it display different theme colors that will give it a unique appeal.

The fourth states that it has a flexible screen, but there is no information on its real meaning. The fifth point says that the Nubia X does not feature a notch screen. So, there is no selfie camera on the device. The dual rear cameras can be used for shooting selfies by using the rear display as viewfinder. The sixth one seems to be suggesting the gaming prowess of the Nubia X.

The seventh point says Nubia X has Wi-Fi wireless charging feature too. The last point states that it will be arriving with a pricing of around 10,000 Yuan ($1,440).

New LG Chocolate Phone May Debut on May 15