A Nubia invitation for December 10 launch event is now doing rounds on Weibo. It could not be verified whether the invite is fake or rear. Since the Nubia invite has not appeared on the official Weibo account of the company, it appears it is selectively sending out the invite to certain digital bloggers on Weibo. The below shown invite reveals that the company will be announcing a 5G dual screen device on the said date. 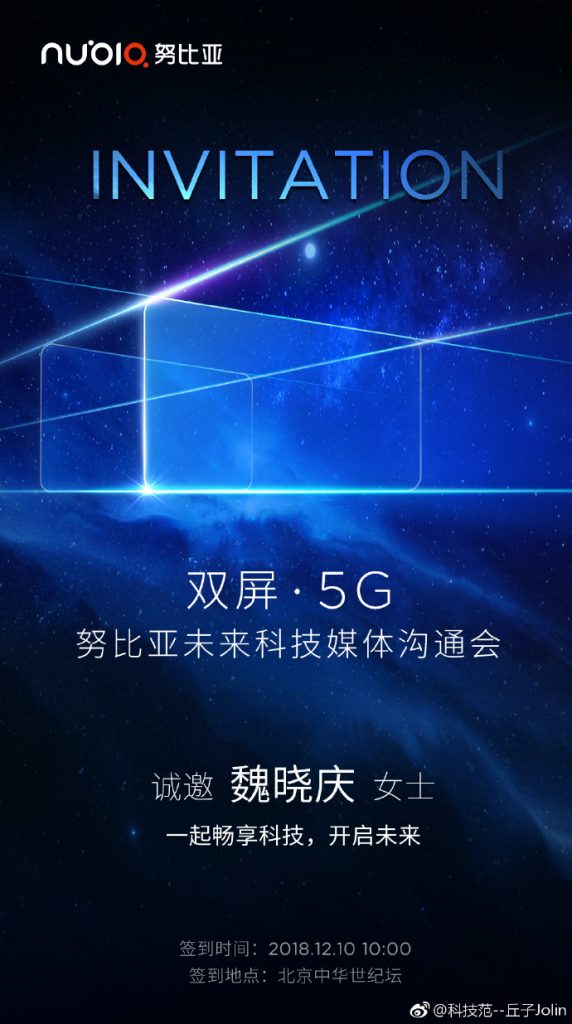 The text in the invite reads that “Nubia will open the future with you.” The event will be held at the China Millennium Movement in Beijing. The event will begin at 10 AM on Dec. 10. The “dual screen” and “5G” texts indicate that Nubia could be prepping a 5G version of the Nubia X flagship phone that was announced in October.

Nubia has recently launched the Red Magic Mars gaming smartphone with 10 GB of RAM. Hence, there is a possibility that the alleged Nubia X 5G could be equipped with 10 GB of RAM. Probably, this phone could be fueled by Snapdragon 855 chipset that tags along with X50 LTE modem.

Source: 1, 2, 3 <<< These digital bloggers on Weibo have received the invite