In the past week, OnePlus was spotted in hands-on images. However, those images were found to be fake as they were modified images of the OnePlus 5 phone. Fresh set of photos that show OnePlus CEO Pete Lau and veteran Bollywood actor Amitabh Bachchan holding the OnePlus 6 have surfaced. It appears that these images were shot during a public meeting for promoting the OnePlus 6. 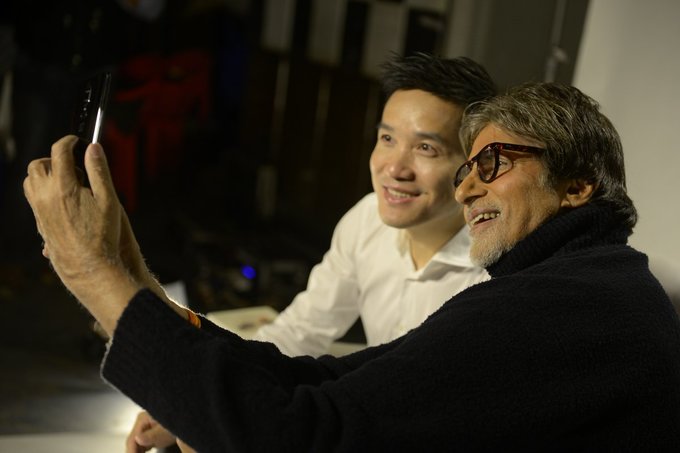 After the meeting, Bachchan uploaded the images that were shot at the event on hist Twitter account. The duo can be seen holding the black and white editions of the OnePlus 6.  The front side of the phone is not visible, but the design of the rear side corroborates with the leaked render that have surfaced in the past weeks. The back panel houses a vertical dual camera setup, an oval-shaped fingerprint reader and the company’s logo. 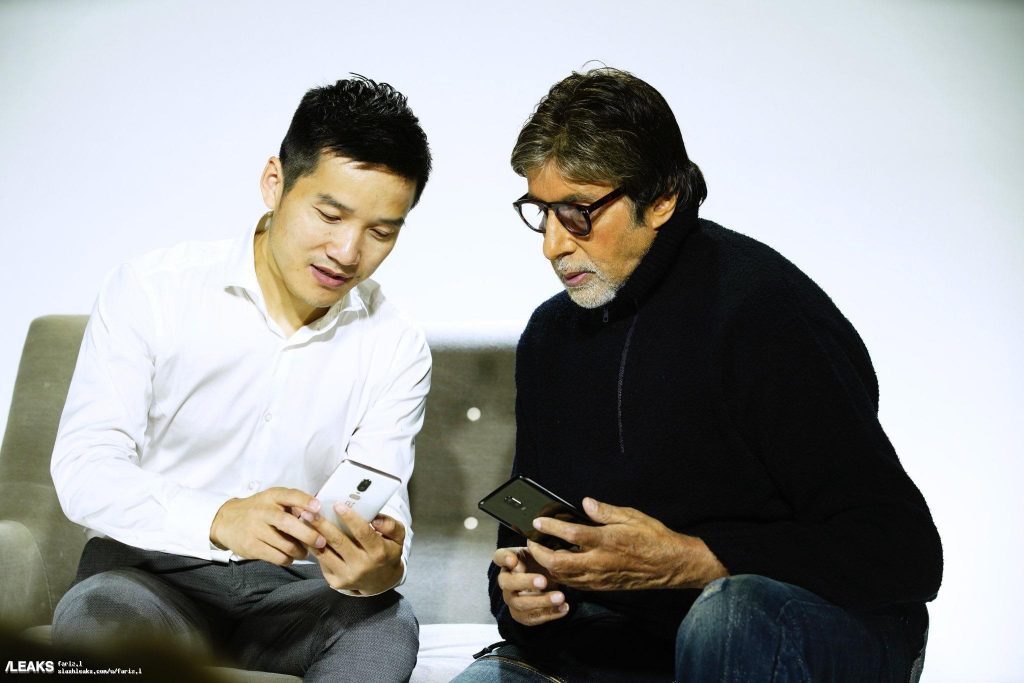 No new information on the specs and features of the OnePlus 6 have surfaced through their encounter. Bachchan has confirmed that he will be attending the OnePlus 6 launch event in India. He could be the brand ambassador for the phone. In India, the handset is slated to go on May 17, a day after its global unveiling in London. The 6 GB RAM + 64 GB storage and 8 GB RAM + 128 GB RAM variants of the OnePlus 6 are rumored to be respectively priced at Rs. 36,999 (~$550) and Rs. 39,999 (~$595) in the country.