Huawei, Oppo, Vivo and Asus have all launched smartphones with notched display. Xiaomi’s upcoming Mi 7 and Mi 7 Plus are also expected to arrive with notched screen. Rumors have been claiming that the OnePlus 6 would be also equipped with a notch enabled screen. Today, Carl Pei, the co-founder of the company has a shared the first image of the OnePlus 6. It only shows a portion of the screen, but it does reveal that it features a notched screen. 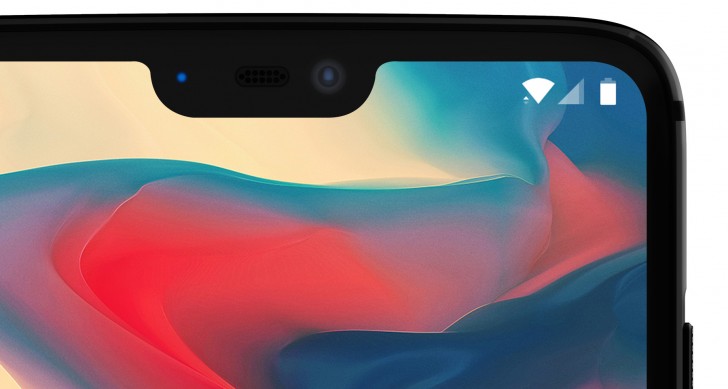 According to Pei, the notched display of the OnePlus 6 will be offering more screen real estate. He also added that the implementation of the notch on OnePlus 6 will be better than other Android phones with notched design. The size of the notch is 19.62 x 7.69mm. It is a small-sized notched which indicates that it would be housing a smaller selfie camera. Also, it is likely to house a smaller earpiece and it may also feature notifications LEDs. The selfie camera of the phone may also function as facial identification.

The handset is expected to carry support for on-screen gestures. Some rumors have claimed that it may feature an under-display fingerprint scanner, but there is no official confirmation on it. Pei had revealed at the beginning of the year that the OnePlus 6 would be announced at the end of the second quarter.