The above shown Geekbench belongs to the upcoming OnePlus 6T, claims popular tipster Roland Quandt. In the single-core and multi-core tests, the OnePlus 6T has respectively scored 2510 and 8639 points. The handset is loaded with the latest Android 9.0 Pie OS. It is fueled by Snapdragon 845 chipset and 8 GB of RAM. 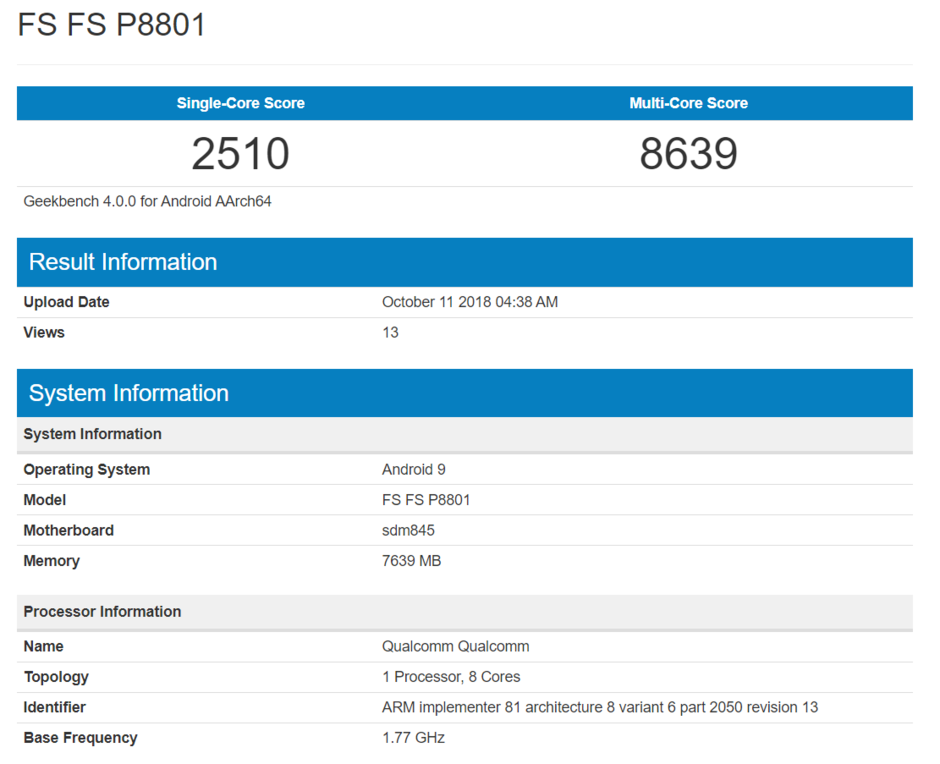 Rumors have it that the OnePlus 6T will arrive with some hardware changes and improvements in aesthetics. For instance, the handset won’t be featuring a 3.5mm audio jack. The company has confirmed that it will be arriving with an in-display fingerprint scanner. The handset will be featuring a waterdrop notch Optic AMOLED screen of 6.4 inches that will produce Full HD+ resolution. It may come in RAM choices like 6 GB and 8 GB. Its storage editions may include 64 GB, 128 GB and 256 GB.

The latest OxygenOS 9.0 proprietary skin may come overlaid on the OnePlus 6T smartphone. The handset will be packed with a 3,700mAh battery. As of this writing, there is no information available on the pricing of the smartphone.

Vivo Z3 Confirmed to Launch with Snapdragon 710 on October 17