Last year, Oppo had launched the Oppo R11 and Oppo R11 Plus smartphones in June. Hence, their successor editions were speculated to debut in June this year. However, today the company has officially confirmed on Weibo that its upcoming R series phones will be called Oppo R15 and Oppo R15 Dream Mirror. 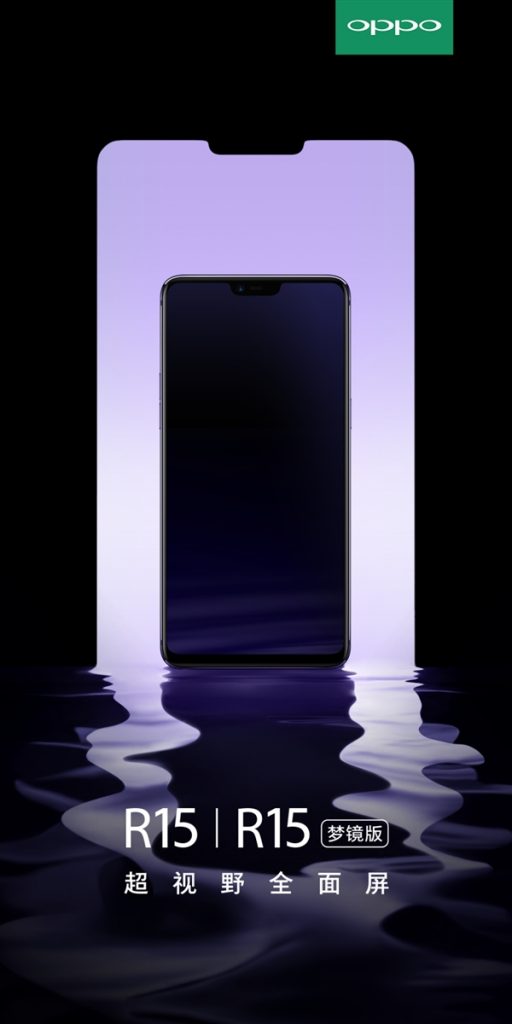 Earlier this year, the upcoming R series phones from Oppo had received 3C certification. Recent reports had revealed that Oppo had cancelled the Oppo R13 moniker for successor of Oppo R11 because the number 13 is considered unlucky in many countries. Today, the company has officially revealed that the successor of Oppo R11 and R11 Plus will be arriving in the market as Oppo R15 and R15 Dream Mirror.

The image revealed by Oppo also confirms that the Oppo R15 and R15 Dream Mirror will be arriving with notch enabled full screen design like the iPhone X. Oppo has dubbed this new design as “Super View Full Screen.” The smartphone was recently spotted in colors like Black, Pink and Purple. It is rumored to arrive with Snapdragon 670 chipset.